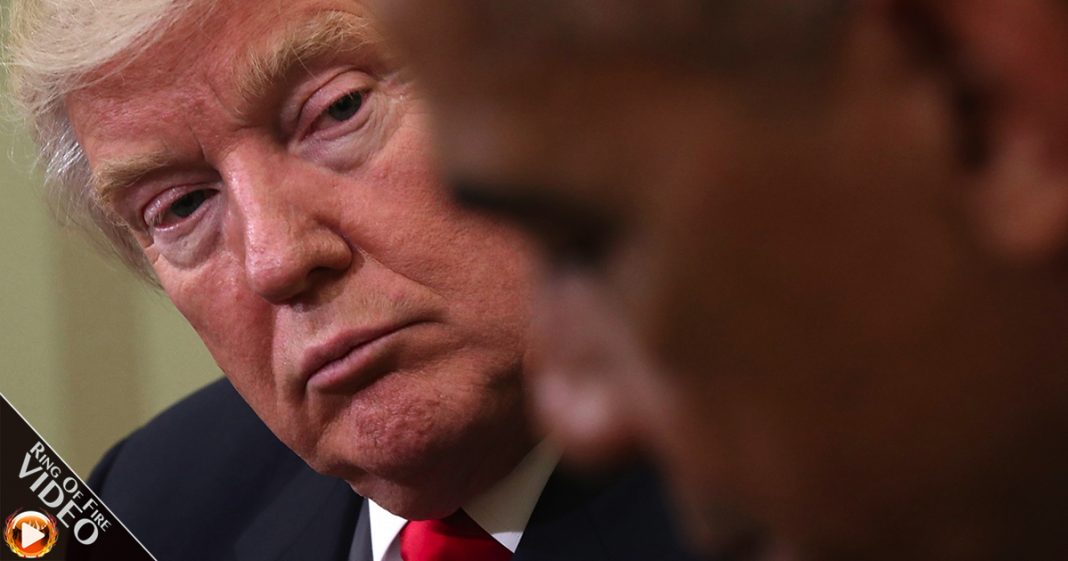 While the racism and hate have dominated headlines about Donald Trump, as they should, we’ve largely ignored one of the most glaringly obvious facts about Donald: He has no idea what he’s doing. And now the Wall Street Journal is actually calling him out on it. The Ring of Fire’s Farron Cousins discusses this.

We all know about Donald Trump’s racism. We know about the misogyny. We know about the scam of Trump University, all Trump’s failed businesses, the bankruptcies, the shady business dealings, and so on and so forth. One thing that we’ve mentioned in the past, other places have mentioned, but it really hasn’t been given enough attention is the fact that Donald Trump has no idea what he’s doing. Now, that’s not just coming from the Left. The Wall Street Journal has pointed out that Donald Trump, during his recent meeting with President Obama, first of all, had no idea the scope of the job of the President of the United States. Even more importantly, he had no idea that he was going to have to replace the entire White House Staff when he comes into office.

That’s a funny bit of trivial information, but it underscores the larger point, a point that we have been trying to make for 18 months. Donald Trump does not have a single day’s worth of political experience. He has never in his life served the American public as an elected official, not even as a dog catcher. Now, this man who has no idea how politics work and that is being proven through what happened with his meeting with Obama and how he’s getting ready for his Presidency has no idea what the hell he’s doing, he is now the most powerful human being on the planet. Yes, the President of the United States really is the most powerful person in the world. Other countries do look to the United States for leadership on issues, and now that’s Donald Trump. By the time he leaves office, I can promise you that’s not going to be the most powerful position in the world, but as of right now, it’s hard to dispute that fact.

This man, who has no idea what he’s doing, doesn’t know who he has to hire, what positions have to filled and so on, he’s going to be running this country. Doesn’t that scare you? I know that racism is scary and terrifying. I know that misogyny is horrifying for women all over this country. We also have to be equally as terrified of the fact that this man doesn’t understand what’s happening. It’s like giving a six year old the keys to your car and saying, “All right. Run to the grocery store for me real quick.” They don’t know. They’ve ridden in a car. They’ve seen a car, but they don’t know how to operate the car. That’s what we’ve done with Donald Trump. We’ve given him the keys to the country, and he’s never even watched us drive before. That is scary.

It is going to cause irreparable harm to the United States. There’s no way that it can’t. Just like that six year old couldn’t successfully navigate a vehicle to and from the grocery store, Donald Trump, with not a single day’s worth of experience, can not navigate the Office of the Presidency successfully without making some major damage along the way. That’s something that we need to pay close attention to. We need to pay attention when we see these humorous stories of “Donald Trump doesn’t know who he has to hire.” It’s funny because it’s so damn sad.

We are in a lot of trouble. I’m sorry to always have to be so pessimistic about this, but that’s the reality that we’re faced with now that Donald Trump is going to be our next President.