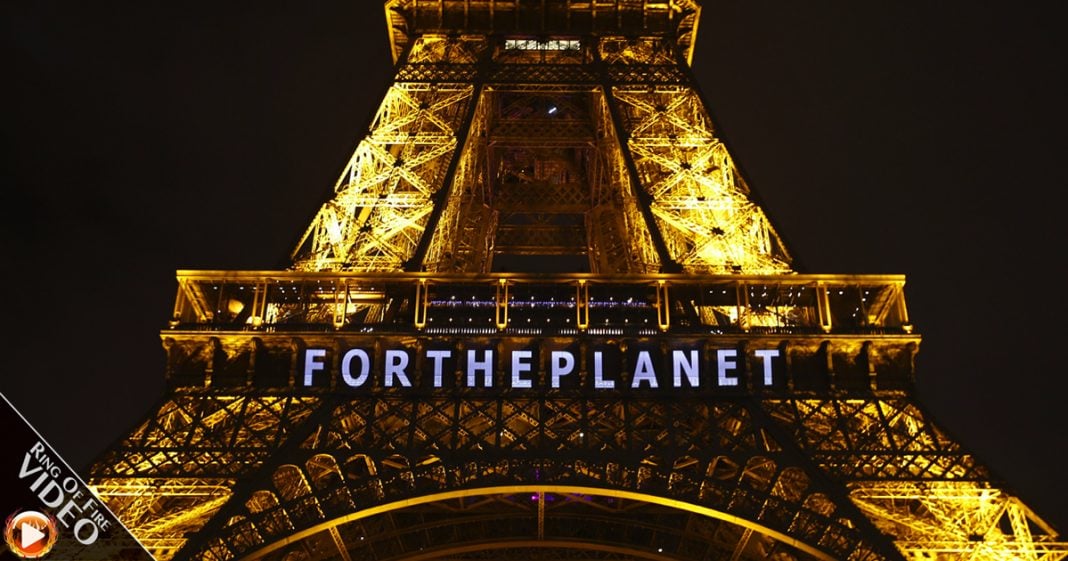 Donald Trump has made it clear that he wants to pull out of the Paris Climate Accord, a move that could easily decimate the US economy. The Ring of Fire’s Farron Cousins discusses this.

Donald Trump has made it clear that he does want to pull the United States out of the Paris Climate Accords, which basically is kind of this global framework for countries to reduce their carbon emissions to help fight climate change. Now, Trump has made it clear, he’s not a fan of these. He’s not a fan of accepting climate science, and he wants the US to pull out because he thinks we’re getting a raw deal from it. Well, as someone who campaigned on protecting American jobs, and protecting the economy, and bringing those jobs back to America, let me explain to you, President Comb-Over, what’s going to happen if you pull us out of the Paris Climate Accord.

Look, the rest of the world signed on to this thing because they understand, they get it. The United States is the only country that has a major political party whose public stance is that climate change doesn’t exist. Only country in the world. We are behind every other person on the planet. Doesn’t that worry you? Doesn’t that scare you? Only country in the world with a major political party that doesn’t believe in climate change, and now that political party runs the United States, all three branches of government. If we pull out of this Paris Climate Accord, it is going to destroy our economy, because that’s going to make our goods so expensive, nobody else on this planet’s going to want them. We’re not going bring the jobs back, we’re going to lose jobs because of this.

That’s the problem that I have when people discuss climate change, is that I have not heard a single other person explain the link between climate action and the economy. It really frustrates me, because those two are related. Do you know the only group in the United States that really takes climate change seriously, and is actually doing something about it? The business community. Insurance companies, for over a decade, have started to factor in climate change when writing policies for coastal communities, coastal businesses, coastal homes. They factor that in long before anyone in the United States was even thinking about doing policy about climate change. Businesses are relocating right now due to climate change and the projected sea level rises that are going to happen. They’re already writing off losses due to climate change.

They are scared, they want action. Why are businesses the leaders on this when they can’t even make policy? Then, ironically, these same businesses that are going to lose money from climate change turn around and give money to climate change denying Republican politicians that help get them elected. I honest to God feel like I’m going insane talking about this, because it’s just this weird web of circular idiots who refuse to do anything about climate change, yet some of them acknowledge it’s real and that it’s going to hurt them, but they’re going to fund this idiot because God, tax breaks, I don’t friggin’ know. It is insanity, but the bottom line is that we’ve got to listen to the scientists. We have to listed to the economists as well. It’s time for the American public to start understanding the fact that if we do not act on climate, not only is it going to be a travesty for humanity, but it absolutely will destroy our economy.