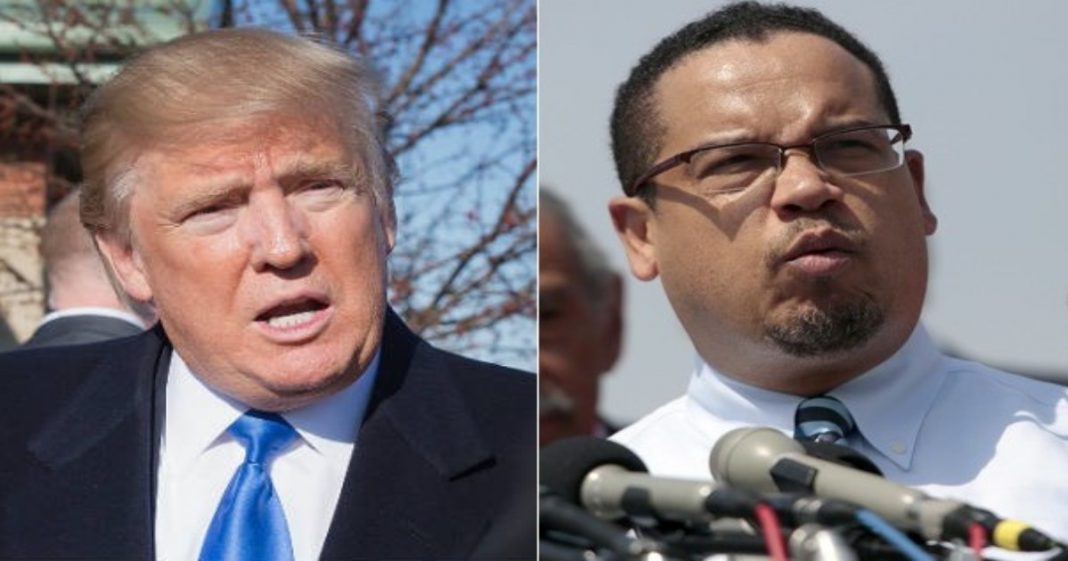 Though many are outraged and shocked that Donald Trump would actually appoint a white nationalist and anti-Semite to his team, few elected officials are speaking out against the decision by the president-elect. That is not the case for Minnesota Congressman and DNC Chair hopeful Keith Ellison.

On Monday Afternoon, Ellison released a statement onto his House.Gov site calling for President-elect Trump to remove Stephen Bannon from his administration.

Ellison addressed the President-elect’s comments from 60 Minutes in which he told those committing hate crimes in his name to “stop it.” But as Ellison points out, Trump should look inward at his own cabinet to find and purge perpetrators of hate.

“After addressing his supporters, the President-elect should turn his attention to the man he’s selected to run his White House: Stephen Bannon. Mr. Bannon has called the Pope a “commie.” He has referred to the Civil War as the “war of Southern Independence.” He referred to liberal, college educated women as “a bunch of dykes.” And sworn testimony in a legal case alleged Mr. Bannon was a domestic abuser and that he stated he “didn’t want [his children] going to school with Jews.”

“Mr. Bannon is adored by white supremacists, white nationalists, anti-Semites, neo-Nazis, and the KKK. It’s not hard to see why.

“If the President-elect is serious about rejecting bigotry, hatred, and violence from his supporters, he must rescind Stephen Bannon’s appointment. This man shouldn’t be allowed inside the White House – let alone run it.”

It was announced over the weekend that Bannon, the Trump campaign’s CEO, was to be placed in a permanent position as top strategist to the President. Bannon, publisher of Breitbart News, notorious white nationalist, and overall horrible man, can now add this shiny new title to his repertoire.

Ellison, who is hoping to be made the DNC chair soon with the support of Bernie Sanders, Chuck Schumer, Harry Reid, Elizabeth Warren, and others, sought to make his voice heard when he condemned the choice for top strategist.

Trump has not shown himself to be completely resistant to political push-back, but unless Republican leadership also lends its voice to the protest, Trump will likely hold Bannon close to him.