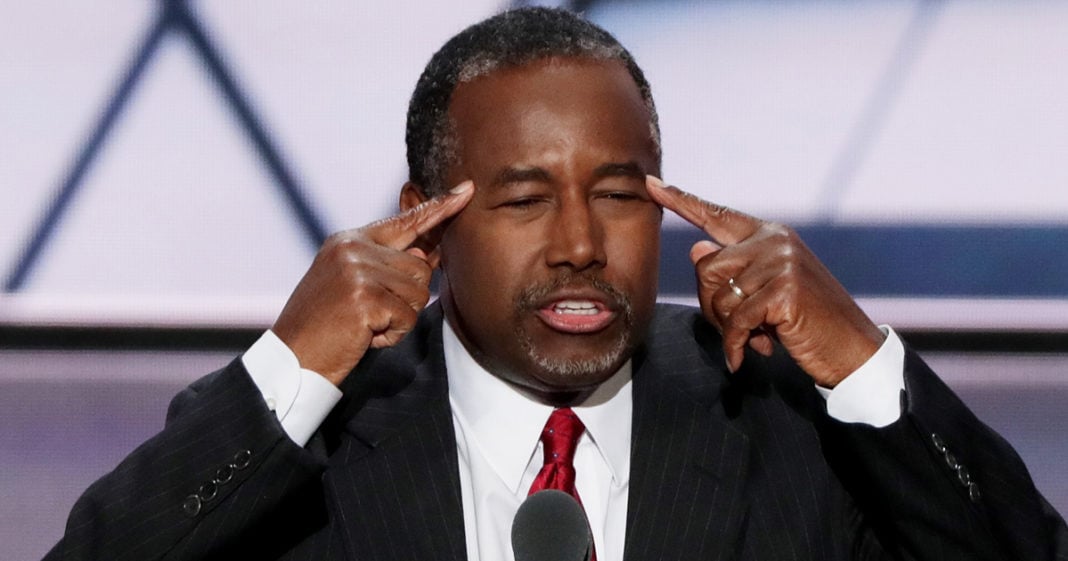 Yes, the nutso, half-asleep, failed POTUS candidate who has stuck by Donald Trump’s side through thick and thin announced today that he would not be accepting a position in Trump’s administration.

And here’s the kicker – Carson said that he wouldn’t take a position because he felt he wasn’t qualified enough! Apparently that wasn’t an issue when he was applying for the highest position in the land?

“Dr. Carson was never offered a specific position, but everything was open to him. Dr. Carson feels he has no government experience, he’s never run a federal agency. The last thing he would want to do was take a position that could cripple the presidency.”

No, seriously, how is Carson gonna act like he can run this nation and then use that sad excuse when he turns down a Trump administration position? There’s gotta be more to it than this – or else Carson is as truly daft as he has always seemed.

As Trump scrambles to find enough unqualified and controversial folks to fill his cabinet, it appears he will have to look elsewhere for his token black friend.