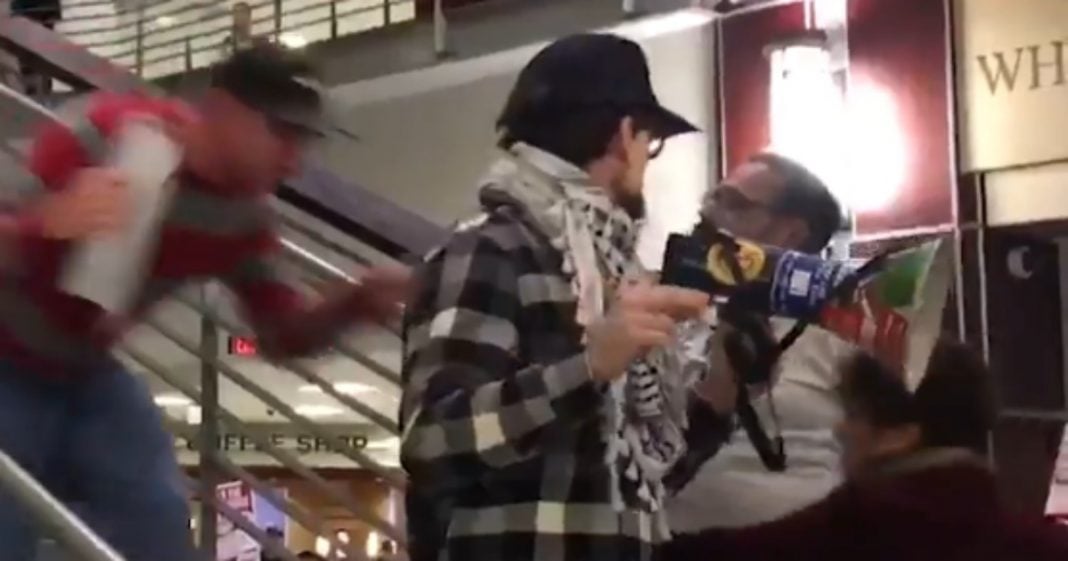 It has been nearly a week now since the United States chose Donald Trump as its president-elect, and a large swath of the nation is still not ok with that at all – and for good reason.

Since then, protests have raged across the nation – mostly peaceful.

Meanwhile, across that same diverse nation, Trump supporters have committed nearly countless hate crimes towards children and adults alike. Young brainwashed children have shouted “build that wall” at their minority classmates while Muslim women have had their headscarves ripped from their heads. People all over have reported hateful graffiti, hateful words of deportation or racial cleansing; the hate never seems to stop.

It was in that same spirit of hate and dehumanization that a Trump supporter physically assaulted an anti-Trump protester this week, vaulting the man down half of a flight of stairs with the entire weight of his body.

The violent assault happened at a rally on the Ohio State University campus.

Shane Michael Stanton was arrested just moments after he assaulted a protester, shouting “you idiot.”

The man who was assaulted was not seriously injured in the major fall, though he landed face-first on the tile floor. He injured his hand and shattered his glasses and bull horn.

A video caught the entire incident, making it clear just who is at fault. Thankfully, police quickly apprehended the violent man so that he may be brought to justice.

A protest at Ohio State was interrupted after an anti-Trump protester was tackled while making a speech https://t.co/syEkBxqfEb pic.twitter.com/tu4K9eIDt7