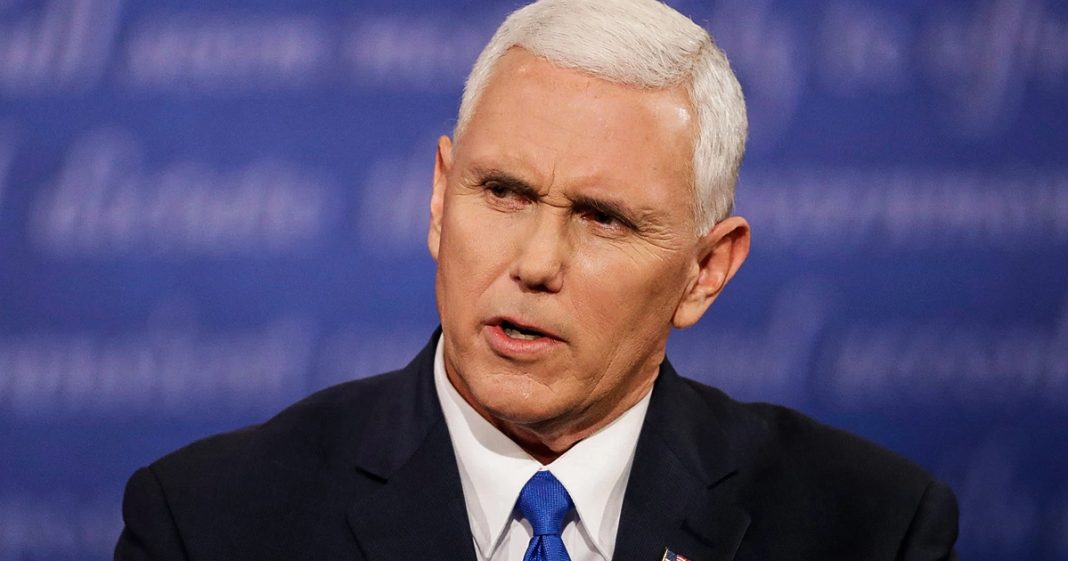 Now that we have collectively decided as a nation to accept Donald Trump as our next president, many Americans are also beginning to pay attention to Trump’s Vice Presidential pick Mike Pence. With mumblings about impeachment and Trump abdicating his position through some unforeseen drama, the reality of Pence becoming our commander in chief is greater than ever.

To this respect, it is important that we remember what Pence stands for: the man is violently anti-choice, believes in gay conversion camps, and refused to pardon a man in his state of Indiana despite overwhelming evidence of his innocence. Behind Pence’s carefully manicured appearance is a ruthless man whose strict conservatism may be more terrifying than Trump himself.

In fact, while serving as Governor, Pence signed a bill in March of this year which would have required that women perform funerals for their dead fetuses, whether aborted by choice or by medical necessity. The legislation was later blocked by a federal judge, but the intent was laid out.

In response – or protest – to Pence’s stance on vital social issues, men and women nationwide have chosen a simple way to make their opinion known to the soon-to-be VP: they are donating in his name to women and family health organization Planned Parenthood.

See, when you donate any sum of money in another person’s name, you have the option to notify them of your gift. Thanks to this simple possibility, donations made to Planned Parenthood are flooding in – all dedicated to dear anti-choice Pence.

Considering that most Republicans vilify the health organization for its limited role in providing abortions, Pence might just blow his stack when he sees how much donation cash he has inspired.

Either way, it will be clear that the American people are paying close attention; not just to Trump, but to his sneaky buddy Pence as well.

If you, too, are so inspired by Pence’s personal mission that you feel called to donate in his name, here is the necessary information to do so: