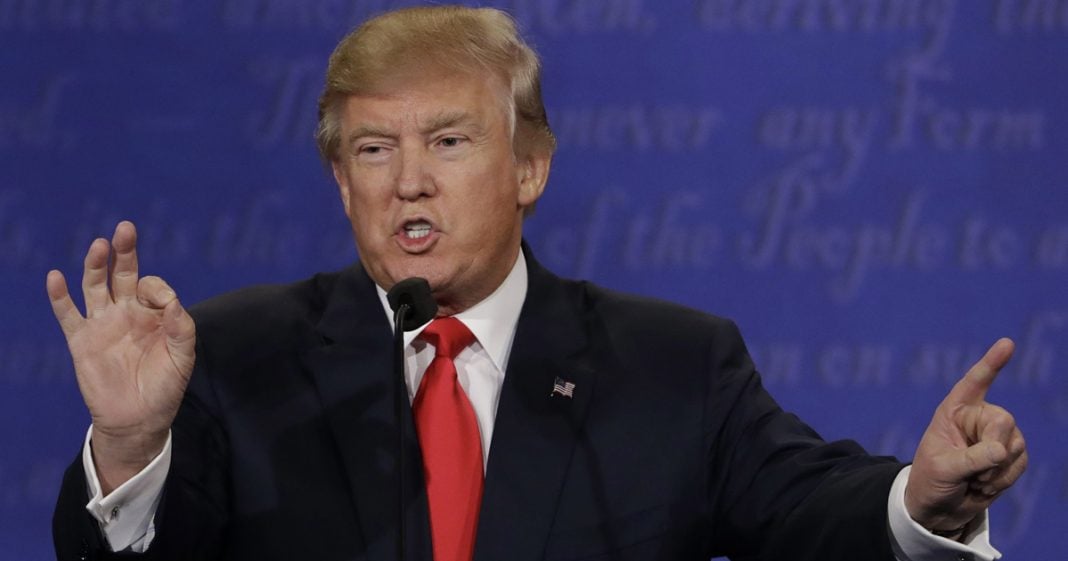 It’s been less than a week since our nation foolishly nominated Donald J. Trump as our president-elect. Since then, we have all gone through the various stages of grief, anger, and fear, and may have already brought themselves around to a new, dangerous emotion: complacency.

It’s important now than ever before that we do not allow ourselves to become complacent. To not allow the idea of Trump in the White House – and the million horrible things that represents – to ever feel normal.

Don’t normalize this. Don’t accept this.

It’s human nature to try and make what is absurd and horrific “normal” in order to reduce stress and maintain sanity – don’t let this be just another abhorrent happening that you blindly accept.

Now this is not to say that we should not accept Trump as president, or that we cannot to some complicated degree give him a “chance.” After all, if Dave Chappelle of all people can give Trump a chance – while demanding that he give marginalized people that same chance – then we can too.

But how do you balance remembering the terrible things Trump has said and done with a genuine effort at allowing him to prove his snuff as president? While I don’t have that answer for you – I’m struggling to do it myself – I can tell you one thing that we cannot allow.

The media is already engaging in this complacency, and we cannot stand for it. Just like they refused to accept the reality of Trump’s candidacy months ago, so they are now seemingly forgetting what an absurd reality we are living in.

Just hours after Trump was declared the president, People Magazine shared a listicle of adorable photos of Ivanka Trump with her children – already trying to inundate the American public with their new reality.

This week, the media is failing again and again to point out the horrific choices and statements made by Trump – referring to White Nationalist Stephen Bannon as a “firebrand” and “outsider.”

And Trump’s new climate-denying appointee who will lead the EPA? The media has called him a “skeptic” and “climate contrarian.” I’m sorry, Washington Post, Frontline, the New York Times, and others, but the word you are looking for is “denier.”

Just because it’s our human nature to try and naturalize the idea of a Trump presidency does not mean that we have to do so placidly or blindly. We will become used to our new reality soon enough, but do not become complacent. Do not allow regressive, hateful policy and rhetoric become your new normal.