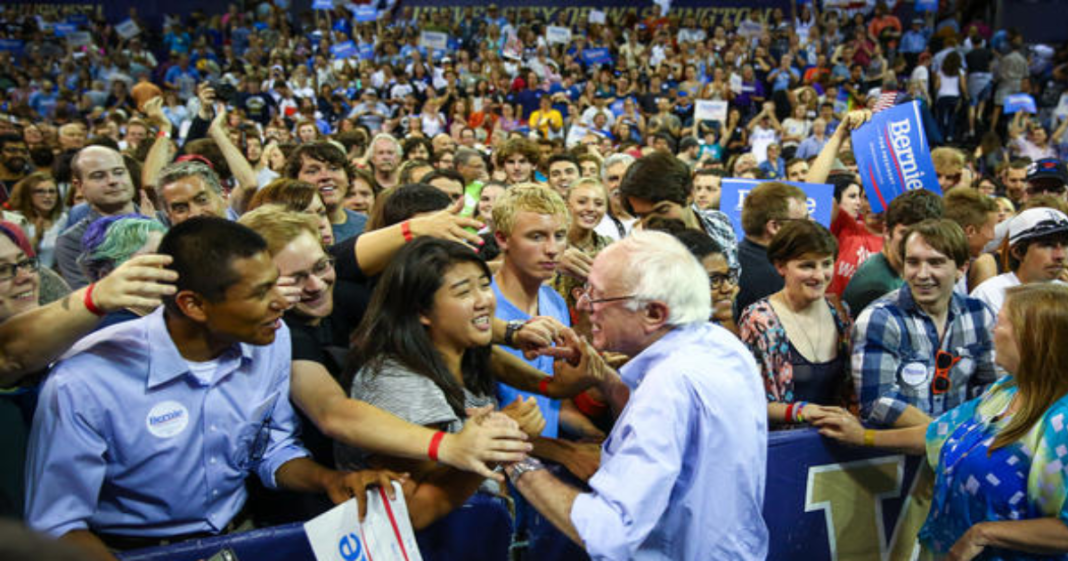 Bernie Sanders supporters will be happy to hear that the collective political revolution inspired by the Senator are now pushing for him to replace retiring Harry Reid as Senate Minority Leader.

You may recall that in the days before the election, when we dared to dream that Democrats might win the presidency, take over the Senate, and dominate Congress, we also dreamed of a Senate which might place Bernie Sanders as chairman of the finance committee. How foolish we were.

But now there is still a way forward for the progressive Senator as he is being considered as the new Senate Minority Leader. The important position is befitting the important Senator, and his appointment to the position would invigorate his millions of supporters who badly need a win.

Political organization Our Political Revolution has already established a website to encourage support for Sanders at BernieForLeader.com.

The way forward will not be easy for Sanders as Senior New York state Senator Chuck Schumer was assumed to be taking over the position. Senate Democrats will meet on Wednesday to decide leaders for the next Congress, and if anyone other than Schumer is selected, it will take most by surprise.

Bernie supporters have already demonstrated outside of the Senator’s office, staging a sit-in and asking that he step aside for Sanders.

It would certainly make sense to appoint Sanders in the important position, as he is one of the few Democrats whose reputation emerged from the election relatively intact. With Democrats nationwide clamoring for a new party with progressive ideals, the party could make it clear right off of the bat that they are listening.