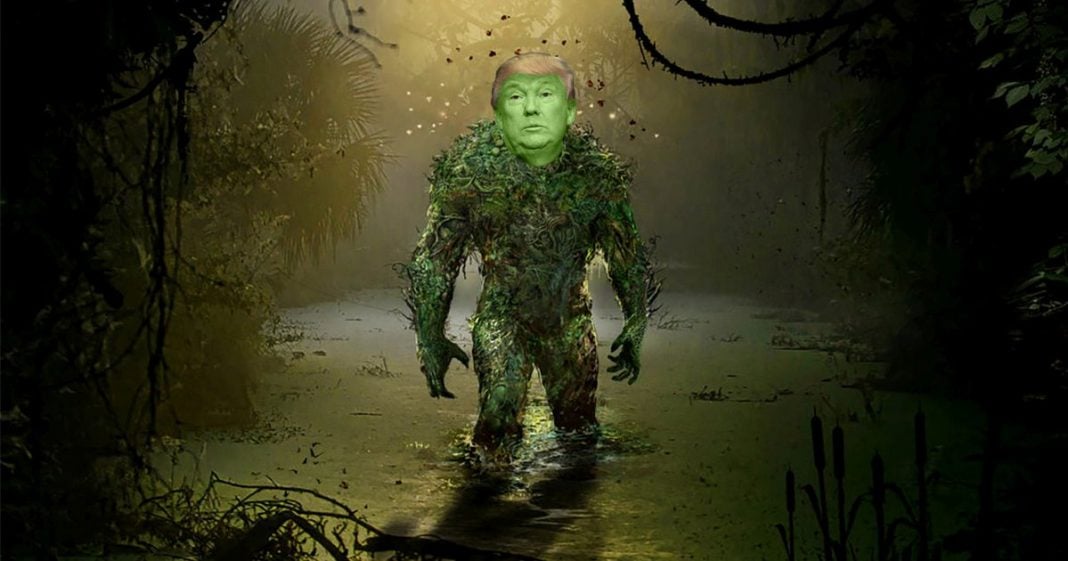 One thing we can all agree on is that this election was a referendum on Washington D.C. politics and “business as usual.” People on both sides are heartily sick and tired of the “revolving door” of former members of Congress becoming corporate lobbyists, while political insiders and leaders fail to represent the interests of We, The People – and corruption in general.

In response, President-elect Donald Trump has made grand promises about how he plans to “drain the swamp” and bring more transparency and accountability to Washington D.C. But if you believe that, we know a Nigerian Prince who has millions of dollars to give you.

So far, Trump is showing no inclination of doing anything other than filling that swamp even more – and his recent picks for Chief of Staff and Cabinet aren’t the worst of it. At the top of the list is a massive conflicts of interest involving his extensive business holdings.

While it isn’t a legal requirement, those who are elected to the Oval Office avoid such conflicts of interest by placing their business assets into a blind trust, which is then run by an independent third party. The purpose of this is to prevent a president from profiting from any decisions made while in office. That’s what happened with Jimmy Carter’s peanut farm when he took office in 1977. George W. Bush even resigned his position as managing general partner of the Texas Rangers baseball team before starting his term. In fact, every President since Lyndon Johnson has chosen to place their assets into blind trusts.

However, those were relatively simple situations. Trump’s vast business and real estate empire is another matter altogether as his company owns properties throughout the world in countries that could be affected by his administration’s foreign policy. These properties include golf courses, upscale resorts, publishing and media companies and more.

At this very moment, the Trump organization is developing a luxury hotel within walking distance of the White House – scheduled to open by Inauguration Day. The kicker: that building, which once served as the city’s central post office, is owned by the Federal government. It’s being leased to the Trump Organization by the General Services Administration (GSA). Among other things, the GSA manages thousands of federally-owned buildings that are leased to third parties.

And now, Trump is going to be running the show. If that isn’t the recipe for a major conflict of interest, it’s hard to know what is.

So, how does Trump plan to deal with his complicated business investments? He’s turning the business over to his three adult children. At a debate earlier this year, he said, “I have Ivanka and Eric and Don sitting there. Run the company, kids. Have a good time. I’m going to do it for America.”

That isn’t exactly placing one’s assets in a blind trust. Sure, he says he’s not going to interfere or advise his kids on how to run his business interests – and perhaps he won’t.

But what happens when he owes money to a foreign bank in say, Spain, and regulators are investigating the institution in question? What happens when governments in those countries where he owns assets decide they want preferential treatment, or that they need something to conveniently be swept under the rug?

Even if his kids are running the actual business, will foreign governments (particularly corrupt ones) decide that the Trump Organization is just an extension of the Trump Presidential Administration and give his company special privileges in order to influence U.S. foreign policy?

The worst and most dangerous part is that because the Trump organization is a private corporation, there is no obligation for transparency. Even if foreign governments were trying to influence “President” Trump through his private business interests, there is virtually no way for the public to know about it.

Over 200 years ago, the city of Washington D.C. was actually built on top of a swamp. Today, it appears that little has changed – or is going to change anytime soon.