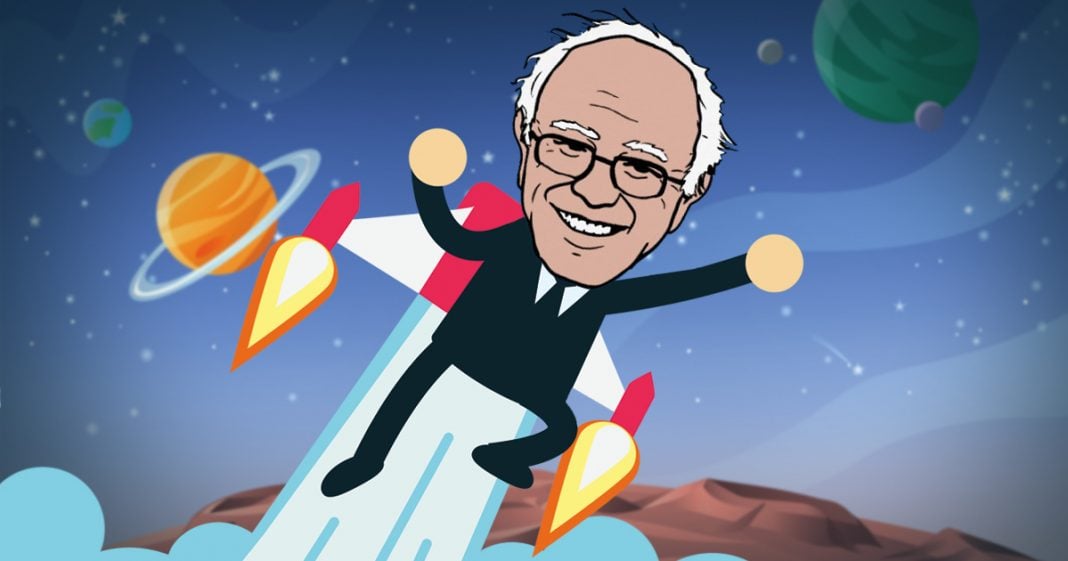 In the wake of the election of Donald Trump as President, Senator Bernie Sanders is quickly emerging as the unifying structure by which all other Democratic activity must coalesce. It’s no surprise, then, that folks are clamoring to know if Senator Sanders will considering a presidential bid in 2020.

But Sanders isn’t ready to think about four years from now – he’s focusing on the here and now.

When Sanders was asked last week if he would consider a presidential bid, he said that 2020 was a long way away, but that he wouldn’t rule anything out. His wife Jane Sanders said something similar – telling the media to ask again in 2019.

But the media being what it is (and progressive enthusiasm being what it is), that was not to be the last time Sanders would be asked the golden question. After all, the internet has become fond of the saying that “hindsight is 20/20.”

So when Sanders was asked again by USA Today if he would consider another presidential bid, the progressive champion offered a bit of his quirky dry humor rather than a legitimate answer.

“Q: Is it conceivable you would run for president again?

Sanders: You know, it’s conceivable that I may fly to the moon.

Q: With all respect, it’s not conceivable that you may fly to the moon.

Touche, Bernie. We will wait our turn. In the meantime, we can hope he is made Senate Minority Leader, boosts progressive congressman Keith Ellison to head the DNC, and fights tooth and nail to protect the rights and freedoms of Americans in the face of Trump’s fascism.

Watch – the portion about the moon begins at the 7:30 remark.