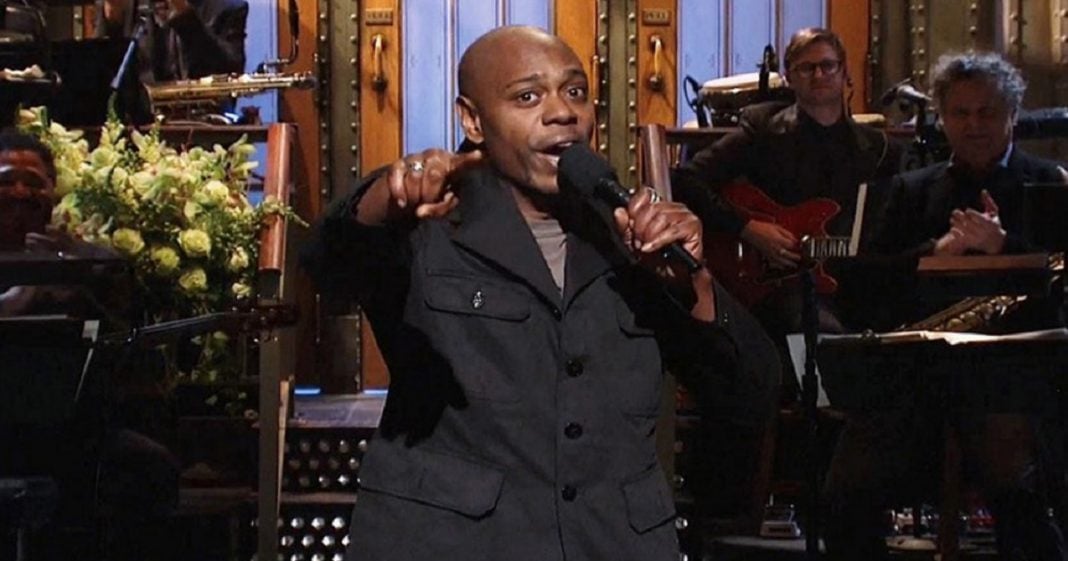 When long lost comedian Dave Chappelle agreed to host Saturday Night Live as his official comeback from a long hiatus, he likely would have never dreamed he would be doing so just days after Donald Trump won the presidency.

But we all know the score, and that’s exactly the daunting task Chappelle faced – he knew that millions nationwide would be looking to him for knowledge, for humor, and most of all, for a sense that things were going to be ok.

He did just that.

Rather than breaking out into a quirky song and dance or interacting with the audience, Chappelle led a serious – but at times funny – monologue which laid out the truths of this political outcome in terms only he could use.

“The whites are furious. They’ve never seen anything like it. I haven’t seen white people this mad since the O.J. verdict. I watched a white riot in Portland, Oregon, on television the other night. News said they did a million dollars worth of damage. Every black person watching was like, ‘amateurs.’”

But then Chappelle’s monologue grew sober as he shared his experience at a White House event celebrating black contributions and culture.

“It made me feel proud to be an American and it made me very happy about the prospects of our country,” said Chappelle. “So, in that spirit, I’m wishing Donald Trump luck. And I’m going to give him a chance. And we, the historically disenfranchised, demand that he give us one too.”

That may sound a bit Kumbaya coming from one of the most controversial black comics, but the warning in it is implicit – minority groups nationwide demand respect in exchange. No respect? No peace.