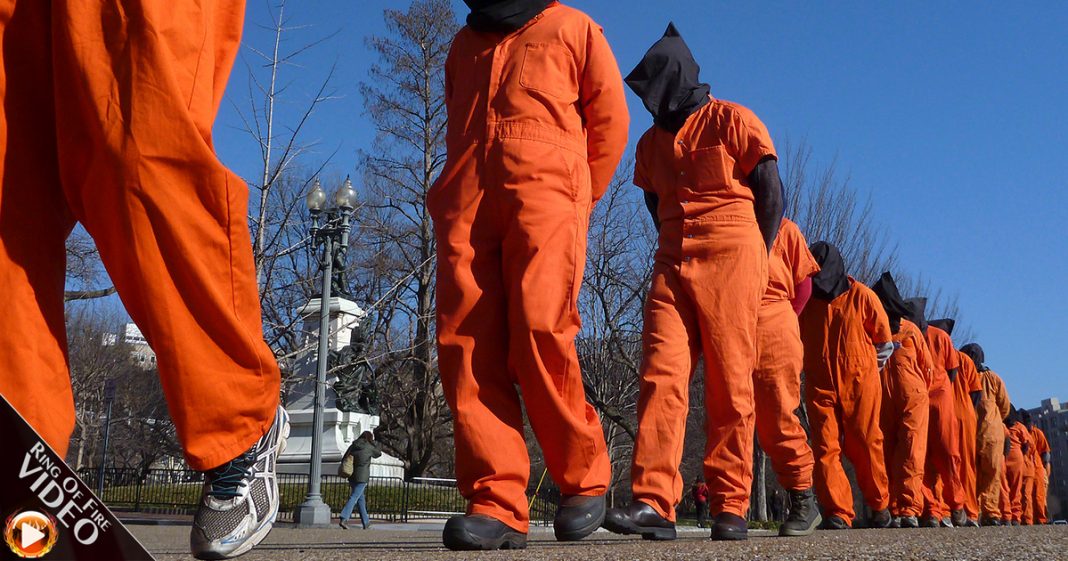 Republican Senator Tom Cotton, the man who basically committed treason by sending a letter to Iranian officials telling them not to sign the Iran Nuclear Agreement, is excited about the prospect of torture becoming a US staple again now that Trump is in the White House. The Ring of Fire’s Farron Cousins discusses this.

Most Americans remember Tom Cotton as the republican senator who sent a letter to Iranian officials not that long ago encouraging them not to sign on to this Iran Nuclear Agreement. Now, anyone who knows the law, knows American history understands that this was about as close to treason as you can possibly come. There was a very strong argument to be made for prosecuting Tom Cotton for treason. That didn’t happen. He’s still a siting senator and he’s still out there giving interviews on TV, talking about how much he loves Donald Trump’s plan for the United State. Specifically, in an interview earlier this week with Wolf Blitzer, talking about Donald Trump’s plan to bring back waterboarding and perhaps, more intense forms of torture.

Cotton told Blitzer that, “Yes, absolutely. We should bring back waterboarding.” He was a little bit more silent on the more intense forms of torture that Trump want to bring back, but he did tell Wolf Blitzer that it is highly effective in waterboarding. “Hey, it’s okay in my book because it’s not torture.” That is what Cotton said, he said, “It is not torture and it is highly effective.”

Well I have some news for Tom Cotton. Perhaps you need to learn how to read because I’m assuming that you, Tom Cotton do not know how to read. Otherwise, you would understand that every single military expert, general, Pentagon employee understands that torture does not work. Those stories have been around for decades, buddy, but again, I have to assume that you don’t know how to read, otherwise, you would know that.

When Al-Qaeda was able to show the pictures of what was happening in Abu Ghraib and say, “Look what they are doing to our people.” More people joined Al-Qaeda, and that is what ISIS is going to do because that’s what Tom Cotton wants, and that’s what Donald Trump wants, and that’s what most of the republicans want. That is going to leave us here, sitting in the United States incredibly vulnerable and susceptible to another terrorist attack.