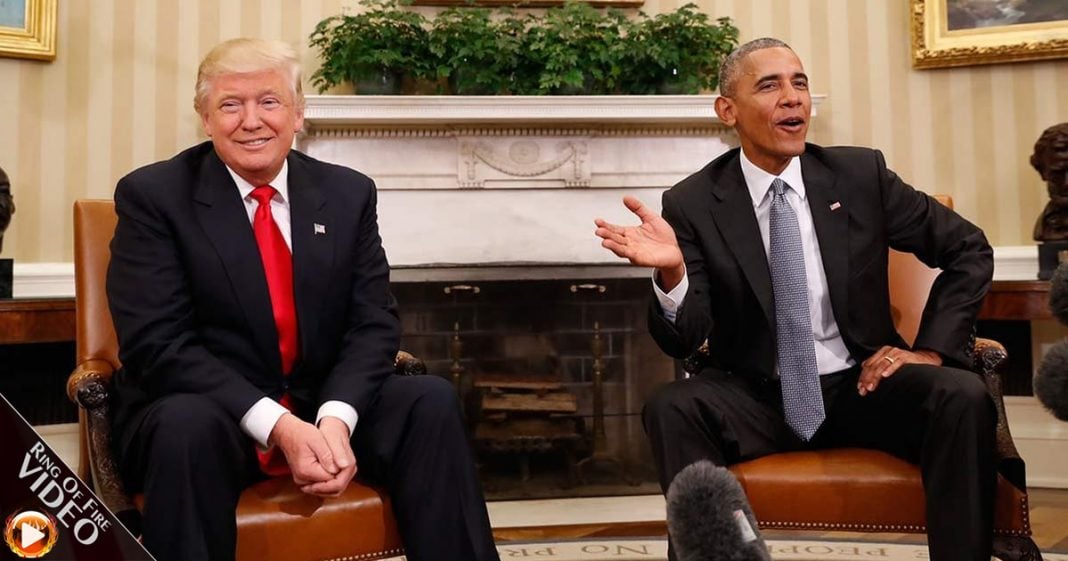 President Obama clearly never dreamed that the Republicans would win the White House, and that’s why he’s scrambling right now to enact measures that should have been handled years ago. The Ring of Fire’s Farron Cousins discusses this.

President Obama understands that in just a few months, he’s going to have to hand over the reins of America to Donald Trump and that is going to be a disaster for every single person in this country except maybe some of the people in the top one percent of income earners. None the less, President Obama does understand what’s at stake and so that is why in the few days since Donald Trump was elected, President Obama has been scrambling to try to not only fix his legacy but to make sure that Donald Trump cannot do as much damage to this country as he would like to do.

Two great examples. First of all, President Obama signed an order giving the Department of Health and Human Services basically a new rule that says that any women who make under a certain amount of money cannot be denied birth control coverage, family planning coverage in the United States, effectively ensured the funding of Planned Parenthood indefinitely, forever. That is a huge, huge move. It is a very smart move and to be honest, it’s a very human move to allow women throughout this country who just don’t make enough money to still be able to get the vital health services that they need to function in the United States.

You could have done this any time. Look, I am glad that you did it but you have failed to do it every day of the week for the last seven years. Was it just that you didn’t think there was a chance in hell that Republicans could ever take back the White House so were you just going to kick the can down the road and let the next Democratic President do this stuff or have them kick it down the road for the next Democratic President? You could have been great. You could have been the best President ever and you’re not.

I’m sure history books are going to look upon you fondly and kindly and be a lot nicer to you than those of us paying attention right now. They always do that. That’s why Reagan is revered. George W. Bush will be revered. Bill Clinton is revered. You will be too but for what? What have you accomplished? You look at what you’ve done versus what you could have done, what was well within your power to do, what the American people wanted you to do and you shouldn’t be proud of any of it.