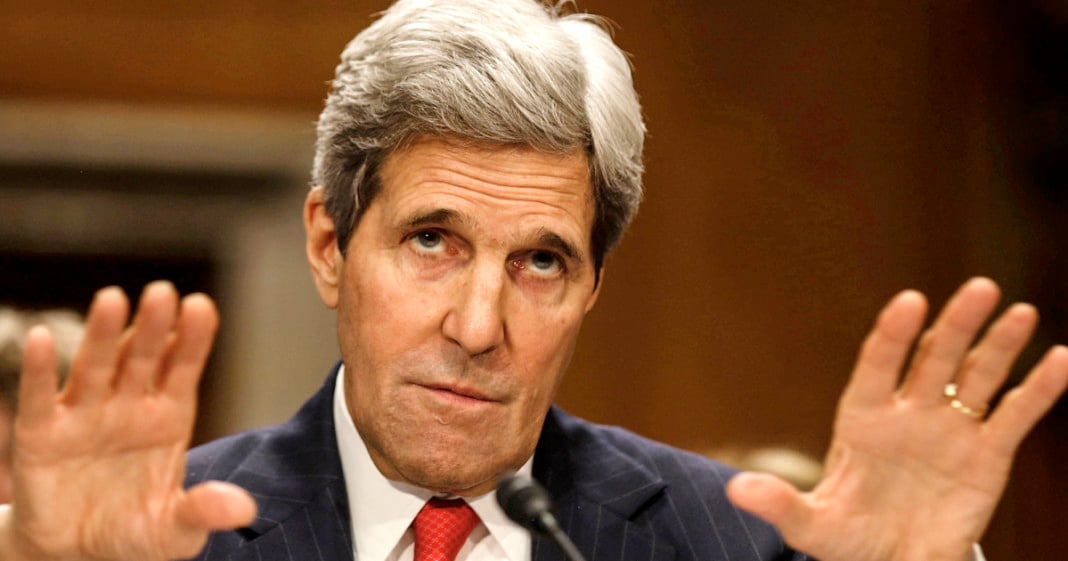 We have talked this week about how Donald Trump’s win in the presidential election means that not only is the next four years lost in America, but also a net loss for the entire planet as he plans to throw out all climate agreement and pacts.

It appears that though Trump will undoubtedly have a catastrophic effect on the future of our planet, the powers that be are working double time to limit the damage he can do.

Secretary of State John Kerry announced on Sunday that the Obama Administration planned to do everything in its power to implement a global climate agreement before he leaves office in late January.

“The evidence is mounting in ways that people in public life should not dare to avoid accepting as a mandate for action. Until January 20 when this administration is over, we intend to do everything possible to meet our responsibility to future generations to be able to address this threat to life itself on the planet.”

As the United States is responsible for just under 20 percent of the planet’s global greenhouse emissions, removing our nation from any and all climate agreements would be a major stab in the heart to any efforts to turn around climate effects.

Donald Trump, who has said that climate change is a hoax invented by the Chinese, will do nothing to save our planet. We can hope that the Obama Administration is successful in implementing a plan before we hand the White House over to a climate change denier.