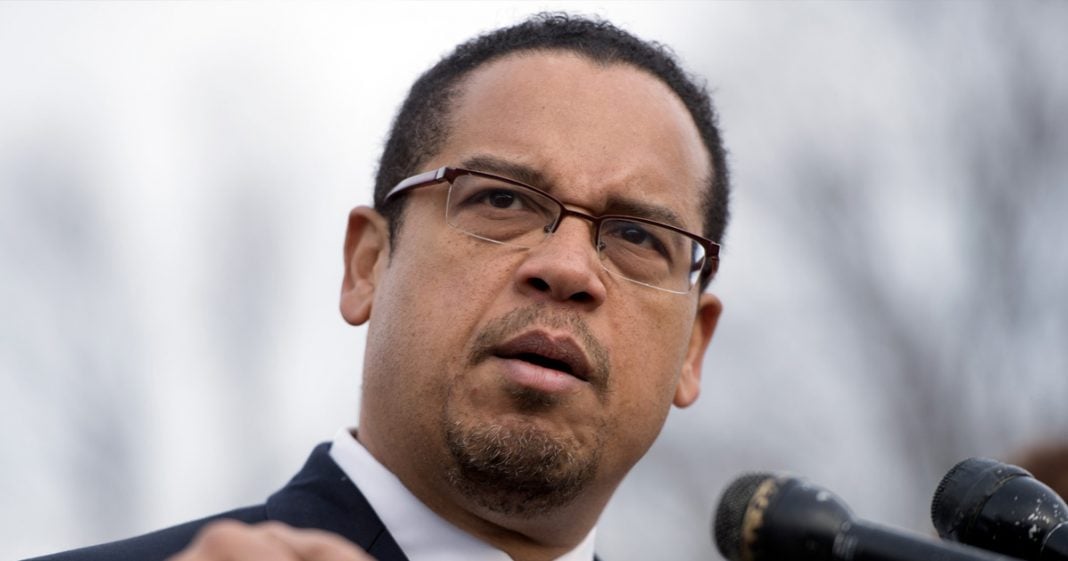 When Senator Bernie Sanders enthusiastically suggested that Rep Keith Ellison be the DNC’s next chair – replacing interim chair Donna Brazile and following disgraced former chair Debbie Wasserman Schultz – he knew that Ellison had the foresight and leadership necessary to put the party on a new path.

But how did he know, and how can we trust that Ellison is the right pick?

While the DNC and corporate media were busy laughing at the possibility of a Trump nomination – much less election – Minnesota Rep. Keith Ellison was busy trying to warn those that would listen that it was a very real and serious threat.

During an ABC News interview many months ago, long before Trump was dominating in the primaries, Ellison suggested that Democrats had better get prepared to face off against Donald Trump because he might just be the Republican nominee. The idea was so preposterous at the time that the pundits openly laughed at Ellison. But Ellison didn’t laugh.

“Stranger things have happened,” he replied, and he was right.

So let’s repeat this – while the DNC was busy pushing for a flawed candidate and paying no attention to Donald Trump, a congressman from Minnesota knew that we should have begun working then, a year ago, to defeat Trump.

Now, the worst has happened. Don’t we want a man who saw this coming to lead us into the future?

DEMOCRATS: Give us one really good reason why you should be the next DNC Chair.