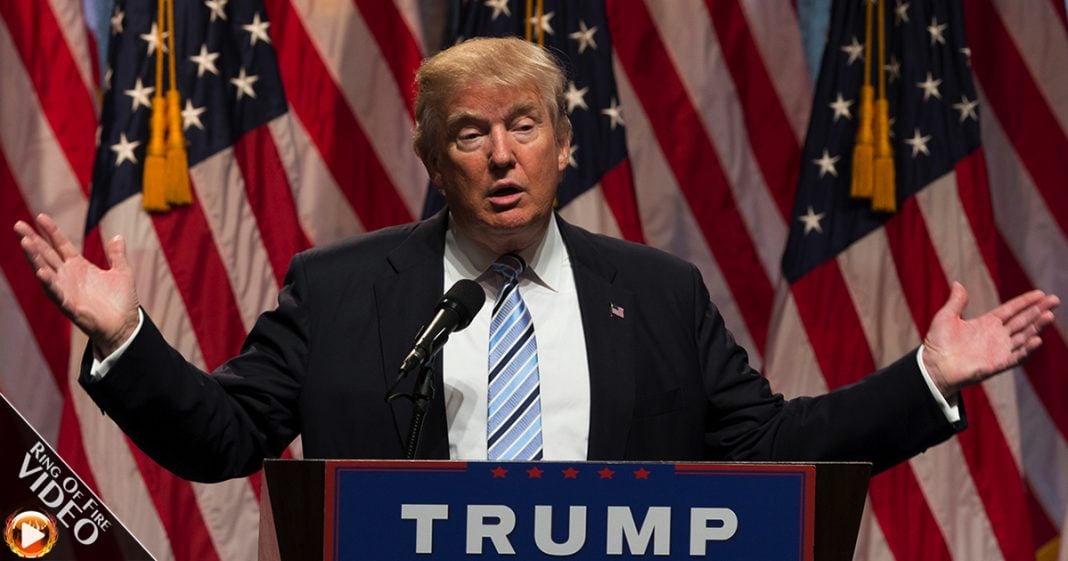 Trump supporters say that he won because he’s an outsider that understood the struggles of the middle class. If that were the case, he wouldn’t be filling his administration with lobbyists and corporate insiders who don’t care about anyone but themselves. The Ring of Fire’s Farron Cousins discusses this.

The people that he has advising him are lobbyists, they’re corporate insiders, they’re people from the industry, they’re people who’ve been in politics for 30, 40 years. He is exactly like everybody else. To be honest, he has to be because he doesn’t know what he’s doing. He has never held an elected position in his life and you idiots made him president. Yeah he’s going to have to reach out to these idiots in order to know what the hell is going on.

Meanwhile, it’s the American people that are going to suffer as a result of this if we end up with JP Morgan CEO Jamie Dimon as our Secretary of the Treasury. You know how screwed we are when that happens? If you’ve got a 401k, I advise you to go ahead and cash it out because this idiot’s going to tank the economy. Again, this is predictable. This is what we would expect from any Republican candidate and even a lot of Democrats it wouldn’t be surprising had Hillary Clinton won if we were looking at the same people on her transition team.

Look, he’s got people from Altria, which Phillip Morris basically, cigarette manufacturers. They’re advising him. He’s got some of the biggest lobbying firms advising him on what to do. The next 4 years are going to be no different than anything we’ve ever seen and see Trump supporters are claiming that, “No, no, no it wasn’t racism that got Donald Trump elected. It was because he understands the concerns of middle class white America. He’s going to change things. He is going to drain the swamp.”

He’s already proved you’re wrong and it’s only a little more than 48 hours past the actual election. That’s insane. It took him 2 days to prove you idiots wrong and to be honest, I don’t feel bad for you. You put this clown in office and now, you’re going to have to live with the consequences. It’s not going to be anything like what you thought it was going to be. First of all, you’re not going to get that wall between here and Mexico. Not going to happen. You’re not going to get all those manufacturing jobs that he promised you were coming back. They don’t exist anymore.

All those coal miners, those jobs he promised were coming right back to America. That’s not going to happen because China isn’t buying our coal anymore. Nobody is. The global market for coal is almost dead. That’s why coal miners went out of business. It wasn’t Obama. Donald Trump can’t change global economics but you guys thought he could but hey, be careful what you wish for, right?