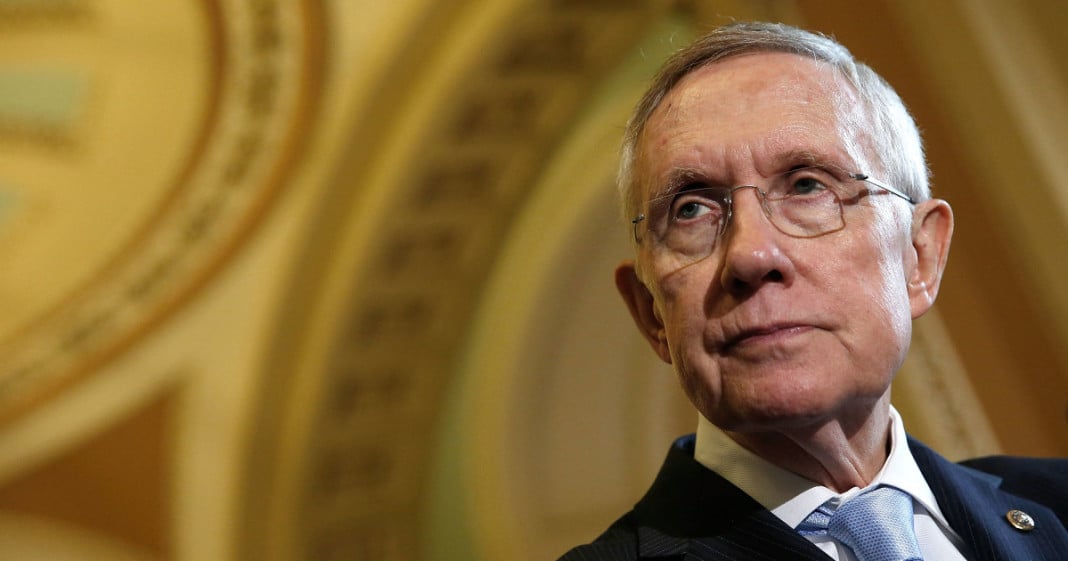 Though most other officials have handled Trump’s victory with kid gloves, Reid must have figured he didn’t have anything to lose by calling it like it is.

Of course, Reid has his own host of flaws and has served as the cornerstone for the Democratic establishment, but in this letter on the next POTUS, he has never been more right.

Reid relays the many stories of fear and discrimination that are already coming to pass as a result of Trump’s victory. The Senate Minority leader then declared that all attempts at unity and calm in the nation lie squarely at Trump’s feet.

“If this is going to be a time of healing, we must first put the responsibility for healing where it belongs: at the feet of Donald Trump, a sexual predator who lost the popular vote and fueled his campaign with bigotry and hate. Winning the electoral college does not absolve Trump of the grave sins he committed against millions of Americans. Donald Trump may not possess the capacity to assuage those fears, but he owes it to this nation to try.

“If Trump wants to roll back tide of hate he unleashed, he has a tremendous amount of work to do and he must begin immediately.”

In this, Reid cuts straight to the heart of the issue: how can the establishment, as well as the entire Republican party demand that Democrats play nice with a man who threatens their very freedom? Any unity that will occur must be instigated by Trump, and it will take a very long time – if not forever – to mend this massive chasm.