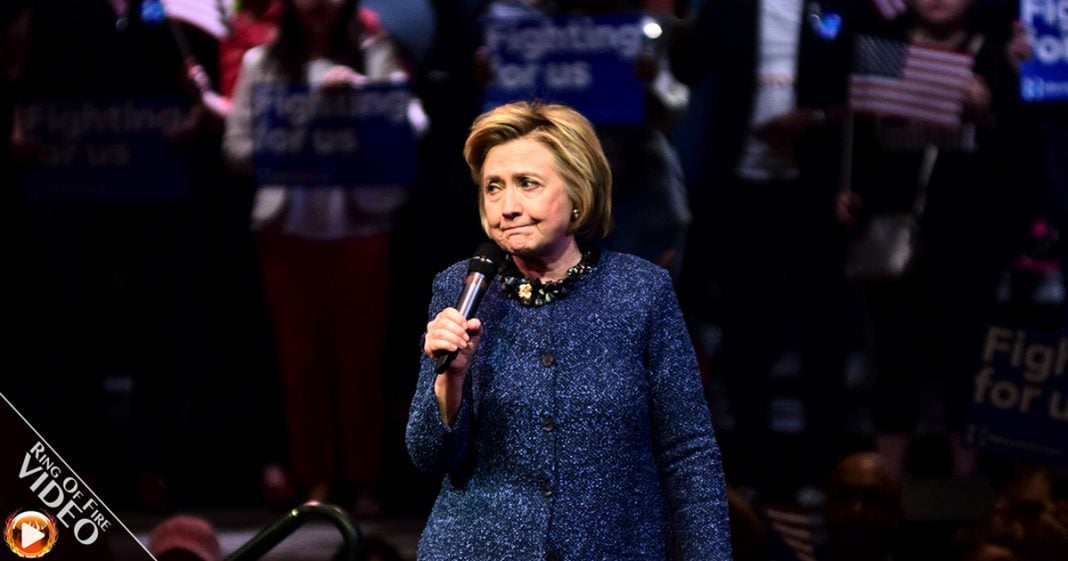 The Democratic Party’s blame game just won’t end, and the Party is doing everything to convince us that THEY weren’t the problem. Even with the outside influences, there’s no denying that they simply pushed a bad candidate. The Ring of Fire’s Farron Cousins discusses this.

The Democratic Party, the Hillary Clinton aides, the Hillary Clinton surrogates, and the people who just straight up pushed Hillary Clinton from the very beginning. They’re all engaging in the blame game right now, which to be honest, kind of needs to happen. Except for the fact that the Hillary Clinton people do not want to admit that it was their candidate that failed. They’re blaming everything from sexism to the media coverage of the emails and the Benghazi stuff that they gave credence to, James Comey with his email announcement at the end of October.

Now listen, all of those things played a role. Don’t get me wrong, they did, but not enough of a role to completely derail her campaign. Look, sexism, yes but how do you explain the fact that Donald Trump won the white female vote. That kind of knocks that one on its head. Among the men, absolutely, but Donald Trump won the white female vote, that kind of says something, since the sexism is not the main culprit here. The media, yeah all right, I’ll give them that, but you know what else, and this actually goes with the media and the FBI revelations. You put up a flawed candidate that had skeletons in her closet. Yes, the media is going to talk about that, they want the eye balls.

Is it fair? No, but you did that. You’re the one who put her up. You’re the one who pushed her on us, knowing that she had these things that were so easy for any opposition to take advantage of, and they did. That’s your fault, that’s not theirs. They did what they predictably would do in that situation. When somebody has flaws, the media is going to talk about them non-stop, and that’s what they did. You knew about the emails stuff, you knew about the Republican attack on Benghazi. Yeah, it was a fuss, but it was an attack that worked.

This is your fault, Hillary Clinton pushers, and Hillary Clinton yourself. You weren’t the right candidate for this election. How do we know? You lost to the least popular presidential candidate in the history of United States polling, the least popular person ever. You couldn’t beat him. It’s funny to me that I have not seen a single Hillary surrogate admit this. It’s actually more sad than funny really. You guys have to be honest with yourselves, because if you are not honest, if you do not address that fact, then the Democratic party is dead, and you killed it.

If you do not accept that you put up a bad nominee, then you may as well rollover and give up, because that’s what you’re doing. You want to blame everybody else, but really, you want to know who’s to blame? Go look in the mirror, because you did this to the Democratic Party.