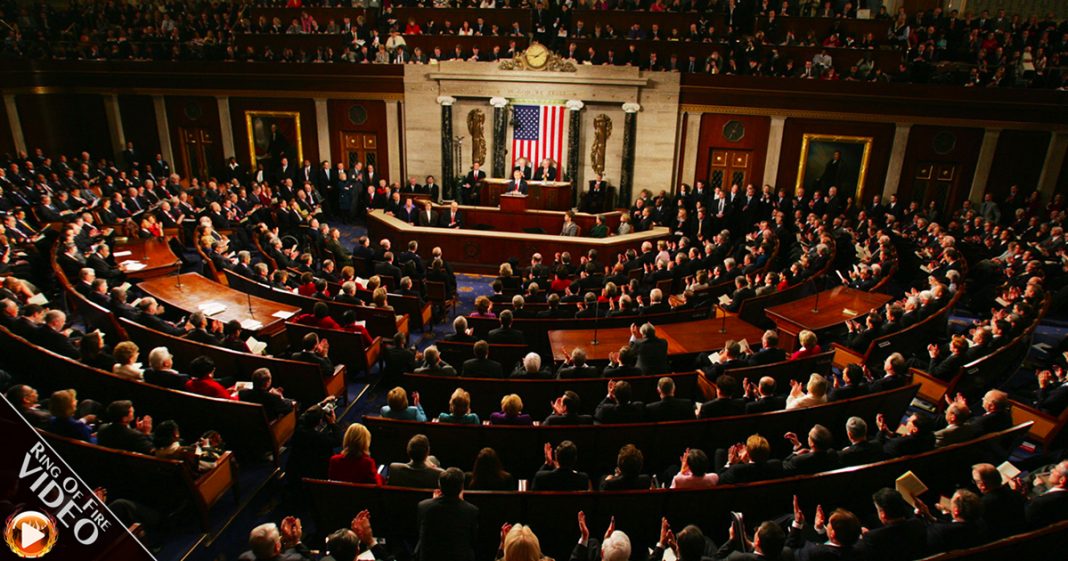 The electoral college has once again screwed the Democratic Party. Some US Senators won their 5th or 6th term this year. We can do better, and it’s time that we re-structure our democratic system to truly reflect the will of the American people. The Ring of Fire’s Farron Cousins discusses this.

Now there are a lot of problems with this years elections. The biggest obviously being the fact that Hillary Clinton won the popular vote, yet she’s still not going to be the president, just like Al Gore won the popular vote in the year 2000 and he never got to be president. That’s because we have this old archaic electoral college system in place in the United States. It is beyond time for the electoral college to go away.

If you read any of the analysis out there on why the electoral college was created in the first place, it all goes back to ensuring that white votes count more than black votes because in the southern states, the less densely populated states where you had higher concentration of blacks, they were awarded lesser electoral votes. Even if that popular vote went one way, they could ensure that the states with larger populations, more electoral college votes, more white people that they had more say in who chose our president. This system has to go. It is absolutely antidemocratic in a democratic society. The people vote and choose. That’s how it should be. There’s no other way around that, but speaking of voters choosing, I kind of think we ought to limit the choice the voter have. I mean that in terms of congressional term limits.

John McCain at 80 years old won reelection Tuesday night. I know a lot of people say his age isn’t a factor. However, you will not find a scientific study that does not say that mental capacities do not diminish as you get older. They in fact do. John McCain is still very sharp, still fairly smart, but I guarantee you, he’s not what he was 20, 30, 40 years ago in terms of mental capacity. He should not be able to run again. Not just because of his age, but because he’s been in the senate for decades and it’s not just John McCain. There are dozens and dozens of people in this country who have been serving in Washington for far too long.

Here’s the thing, if we had term limits, do you know what argument would go away? The argument that nothing ever changes because think about it, if we’re electing the same representatives and senators for 20 years in a row, what the hell do you expect is going to happen? Yeah, nothings going to change because the same people are still running the show. It’s going to be exactly the same.

Their beliefs don’t evolve. In fact, they always tend to get a little bit more corporate because they’re so far removed for so long from their constituents, from the American people wrapped up in their little Washington DC bubble where they don’t hear the complaints and the concerns of average American citizens. That’s why we need term limits. Sadly, yes. It means we would have to say goodbye to some people who are true progressive fighters, Bernie Sanders, unfortunately, Sheldon Whitehouse. Those people would obviously be limited by term limits, but it is necessary.

In a nation that was founded on the fear of having kings and one supreme ruler, we allow three or four people, five, six to rule the house for 20 or 30 years, or to rule the senate for 20 or 30 years. How is does that make us not king makers? That’s what they become. They willed so much power because they’re there for so long. It’s time to get rid of them. We have to have congressional term limits.

There is no argument you could make that would make me believe that we don’t need those. There is no argument you could make to convince me that we don’t need to get rid of the electoral college. There are lot of changes that we have to make to this democracy and people seem a little unwilling to embrace that. Look, the constitution of the United States is meant to be changed. In fact, Thomas Jefferson wanted the constitution to expire every couple of decades so that no generation could bind the generation behind it to their rules. We should honor that and we should continue to evolve as a democracy because if we don’t, things will never change.