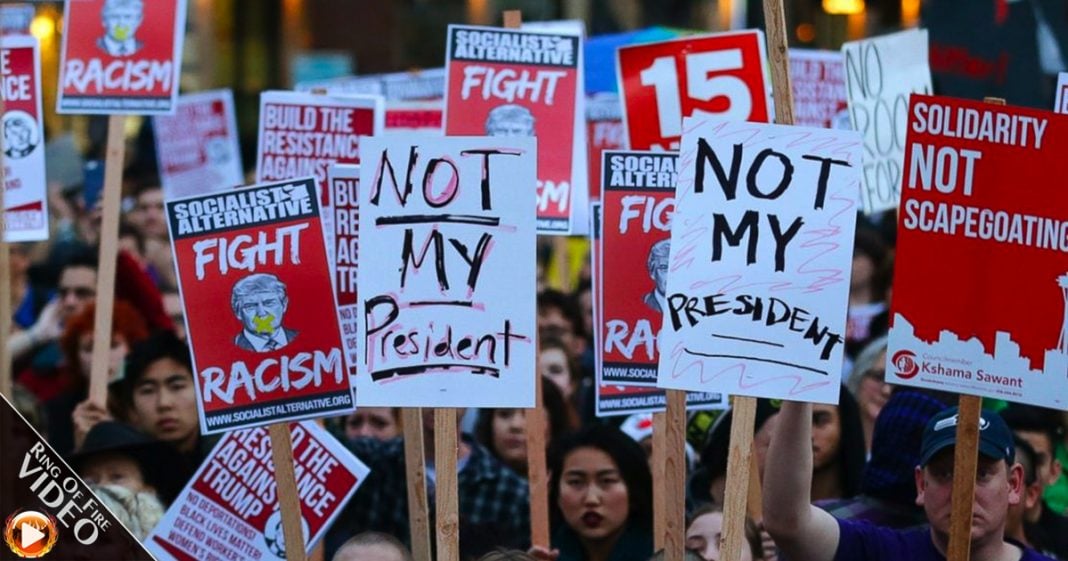 There are a lot of post-election liberal organizations telling us that now is not the time for anger, it is the time for unity. While unity is important, anger can be just as therapeutic and helpful, especially when it helps motivate the Left to take action, and that’s what we need more than anything right now. The Ring of Fire’s Farron Cousins discusses this.

So since the election results came out to progressives, liberals, Democrats whatever you want to call the collective group of them, everybody has had these mixed messages. But I think the overwhelming one is you know what? It’s not the time for anger, it’s not the time for finger pointing, it’s the time for unity. Let’s all get together as Democrats and think of a way forward. It’s really nice in theory, but let me tell you something. Anger right now is not only acceptable and understandable, that’s the way forward.

Think about this. In 2008 when Barack Obama won the election, how did the Democratic Party feel? Were they happy after eight years of Bush? Were things going great in the economy? Yeah it crashed, but we are just going to stay united. We were pissed off and that anger, that resentment towards eight years of Republican destruction is what led Obama into the White House.

There are a lot of issues that the Democratic Party needs to fix, but we are not going to fix them sitting around holding hands and singing Kumbaya. There are problems out there and now is not the time to act like we are all buddy-buddy again. People screwed up. The Party screwed up. The pundits screwed up. Journalists screwed up. Call them out. Hold them accountable. There’s nothing wrong with that. That’s what you are supposed to do. If we don’t do that we will not win again and Donald Trump will be a two-term president.

But if we take this anger and hang on to it, don’t let it consume you, but hang on to it, use it as a positive force. Use it to educate voters, argue with people. You don’t have to be rude or disrespectful about it but make your case, make your point, make it intelligently and make it humanely. Let people understand it, the people who voted for Donald Trump because they think he is an economic populist. Tell them why he is not and prove it. Convince them that they were wrong and maybe they won’t those same mistakes in the future.

But if you go up to these people and say, “Well, everybody is entitled to their opinion,” that’s not going to cut it. Now is not the time to play nice. We just got our butts kicked in this election. You need to be pretty mad about that.