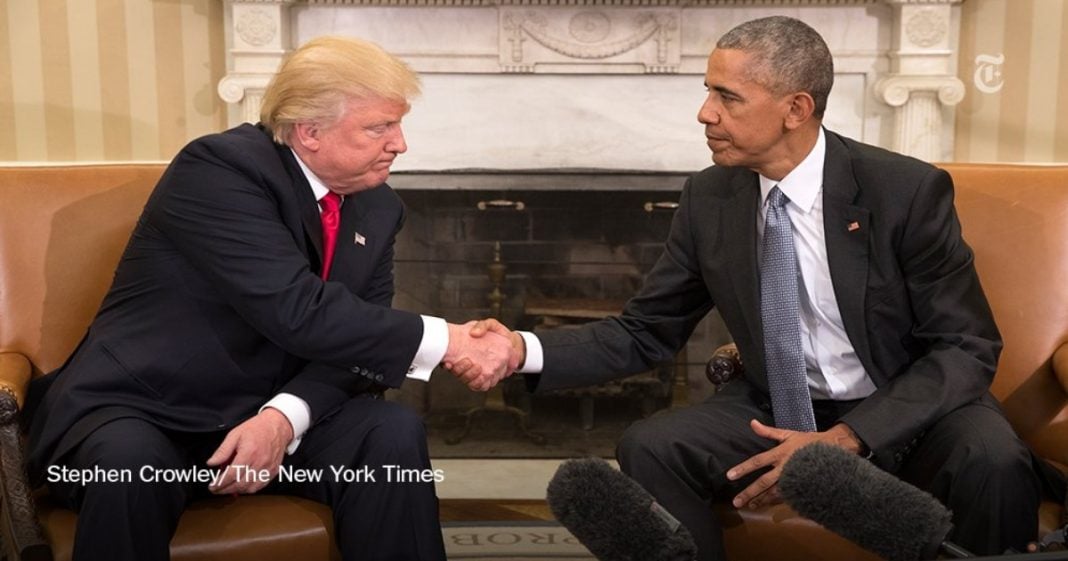 On Thursday afternoon, President-elect Donald Trump met with current president Barack Obama to discuss the peaceful transition of power from the Democratic party to the Republican party.

As we watch the two men shake hands and speak nicely to one another, we can’t help but remember the criticisms and jabs traded back and forth during the final months of the election. While president Obama called Trump unfit and unqualified to lead, Trump said that Obama was the “founder of ISIS.”

So here we are, just a few short weeks later. Trump isn’t calling Obama the founder of a terrorist group any longer, in fact he said that Obama was a “nice man,” and told the president that he hoped to receive advice from him in the coming months.

How do Trump’s rabid supporters feel about this calm, non-confrontational Trump? After all, during Trump’s acceptance speech, a man in the crowd shouted “Kill Obama,” over Trump’s bland platitudes.

And here we are, watching Herr Drumph shaking hands with a man he claims gave rise to a major terrorist group? For shame! Trump’s white nationalist supporters should be watching their president very closely from here on out.