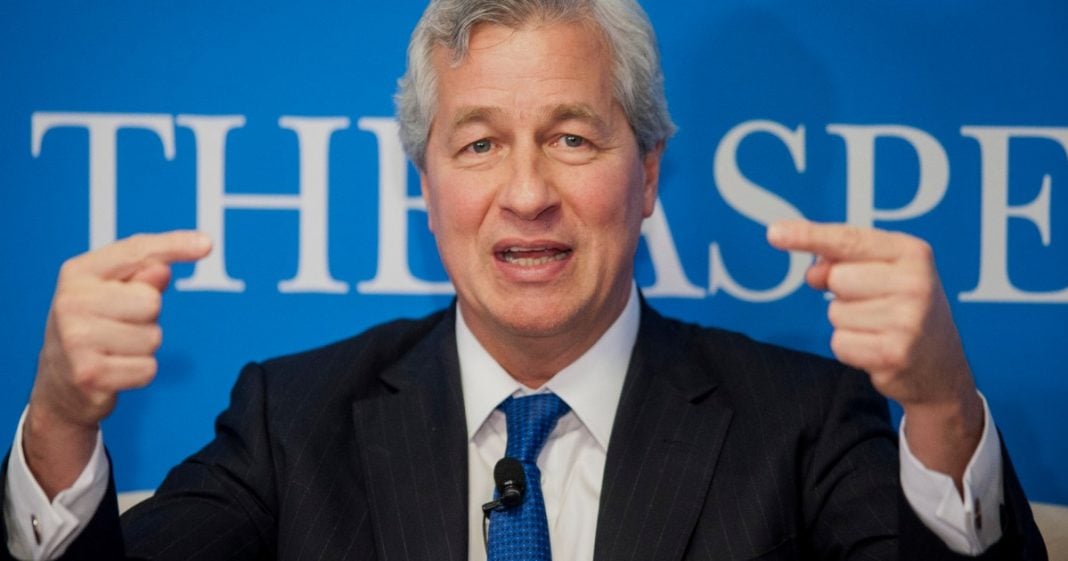 All of this feels very unreal, but those still in disbelief will be snapped to reality to learn that Donald Trump’s campaign is mulling the possibility of placing JP Morgan’s Chief and CEO Jamie Dimon as the Secretary of the Treasury.

Though we may rebel against it and wake up each morning wondering “was it all a dream,” the Trump campaign is busy preparing for Donald Trump’s very real ascendancy to the presidency.

Yes, those who figured Trump would not be corrupt because of his own piles of money have already been proven wrong on just the second day of Trump’s position as the president elect.

Advisors are currently floating Dimon for the important financial position, alongside a litany of other horrific choices for key cabinet positions. Though Dimon has said he is not interested in the position before, now that Trump is president and the financial district is foaming at the mouth to destroy regulations, he may be more keen.

Sarah Palin has been promised a position, as well as Chris Christie. Set for Attorney General is Rudy Giuliani while Newt Gingrich will serve as Trump’s Secretary of State.

And that’s just the beginning.

So this is an early “We told you so,” the first of many, to be sure.