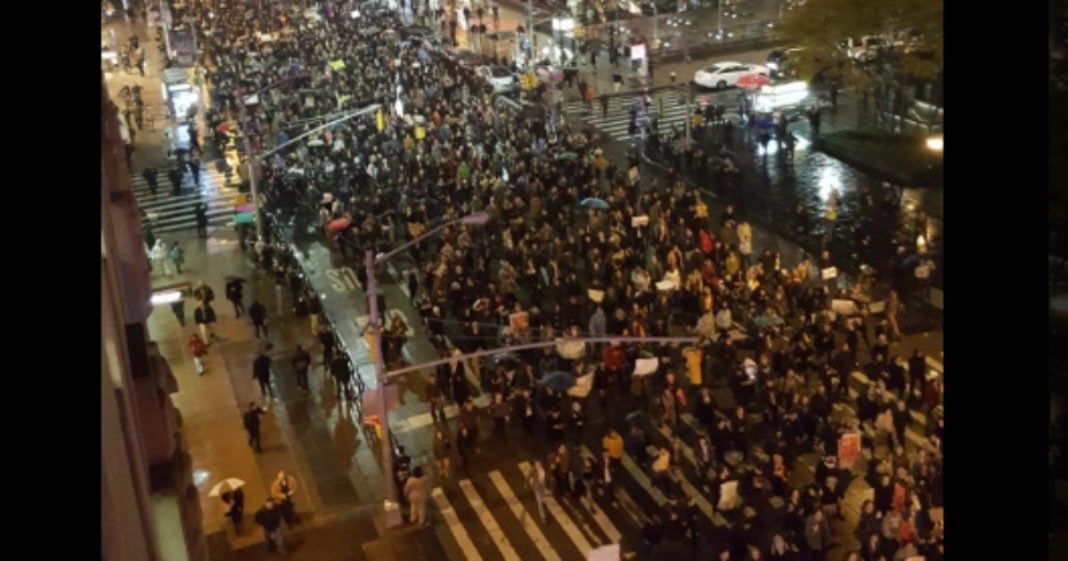 Across the nation in major cities all over the map, thousands of protesters assembled to share their displeasure, anger, and fear at the election of Donald Trump as president-elect.

Though the votes have been tallied and the people chose Trump, there are still millions of Americans who never imagined the scenario, and they are left fearing for their lives and freedom.

Some have reacted negatively to the protests, with notable Trump supporters calling for the forcible removal, arrest, and harm of protesters. But just like we exercised our right to vote on Tuesday, so are these demonstrators exercising another right: to protest.

This election and the reception of the outcome cannot be compared to any others before. Those in the streets are not protesting because their candidate lost, rather because they recognize the immediate danger that the victory of Trump poses to themselves and their families.

Because Trump won, 11 million undocumented immigrants must now fear violent and life-threatening deportation, possibly involving some type of camps along the way – you can see why they worry.

So in New York City, Chicago, Austin, Portland, Boston, Richmond, thousands – then millions – stood up and made their feelings known. Donald Trump may experience a peaceful transfer of power at the national level, but these protesters are making the next POTUS aware: America is not happy.

You can see videos of protests from all over the nation last night on twitter under the trending hashtag #NotMyPresident. Watch one here: