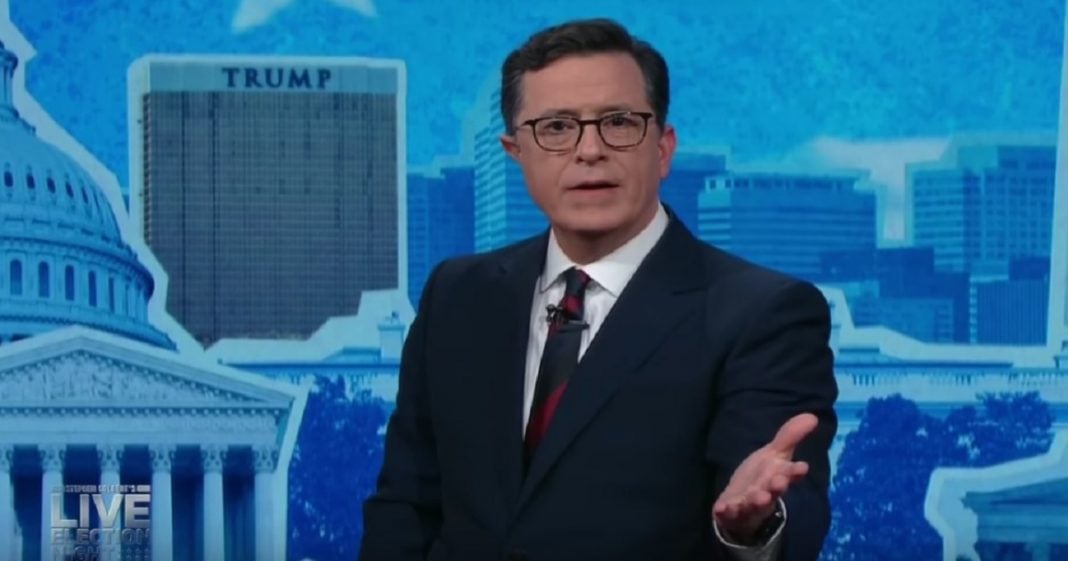 Many shows and pundits were live on air last night when the race was called for Donald Trump – the most shocking outcome that many had ever seen in a presidential race. While some celebrated, others mourned, and others, still, tried to bring a hopeful context to the hopelessly terrible outcome.

Stephen Colbert was in the midst of his live Showtime election show, committed to covering every minute no matter what – that’s exactly what he did.

When the news came down that Trump would likely be the nominee, Colbert tried to rouse his audience, reminding them about the good in America and giving the nation a much-needed moment of levity.

As Colbert said, “You can’t be afraid when you’re laughing, and the devil hates mockery.”