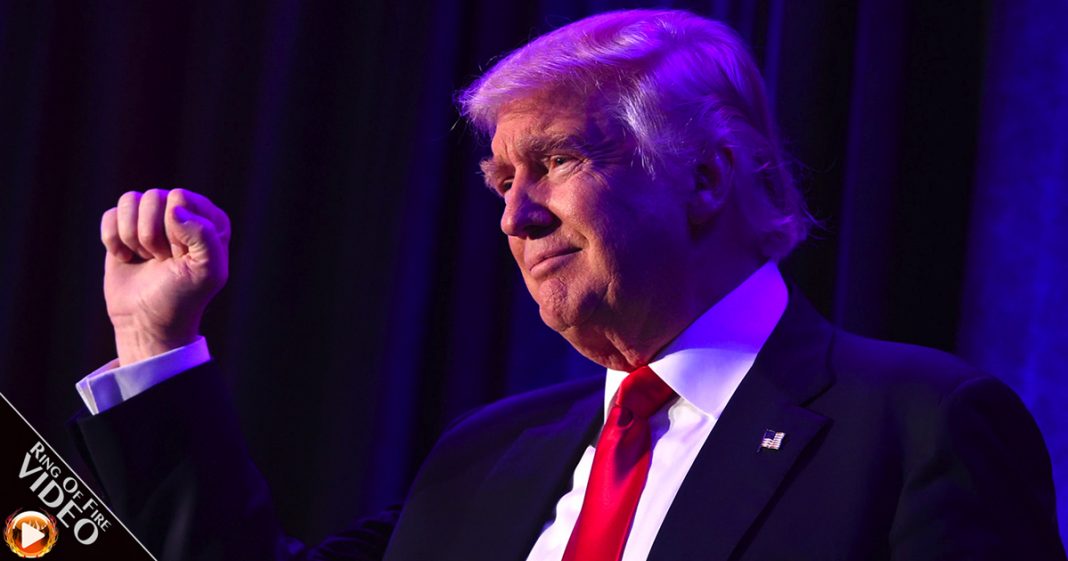 Trump has won the election, and that means it’s time to say goodbye to things like voting rights, civil rights, equality, Obamacare, the economy, and the environment. The Ring of Fire’s Farron Cousins discusses this.

Do you like the environment? Do you like not having coastal cities flood because of rising sea levels? Well, that’s too bad because President Comb-over is already told us that he’s going to cut 100 billion dollars from renewable energy sources, from environmental protection. All those gains, you know, basically both of them that we had made under the Obama administration on the environment, gone.

The Paris Climate Accords, not going to happen under President Trump. Do you see where I’m going with this? There is not a single positive that could possible come out of a Donald Trump presidency. I mean at least with George W. Bush there was that one time we got that $300 tax credit for every American citizen, I mean you got 300 bucks from him. That was decent I guess. There is no decent with Donald Trump. There is no positive outlook here. There is no bright side.

All we can do is sit and look forward to the 2018 midterm elections when maybe the Democrats if they get their act together can take back the House and the Senate and stop some of the bleeding that’s going to occur under Donald Trump. Until then, we’re stuck with this until 2020 folks. Suppose that his crimes catch up with him and we’re able to impeach him. Well, great then we’ve got President Mike Pence who is equally as bad as Donald Trump. There’s no good outcome here. We screwed up. America screwed up and now we have to deal with the consequences.