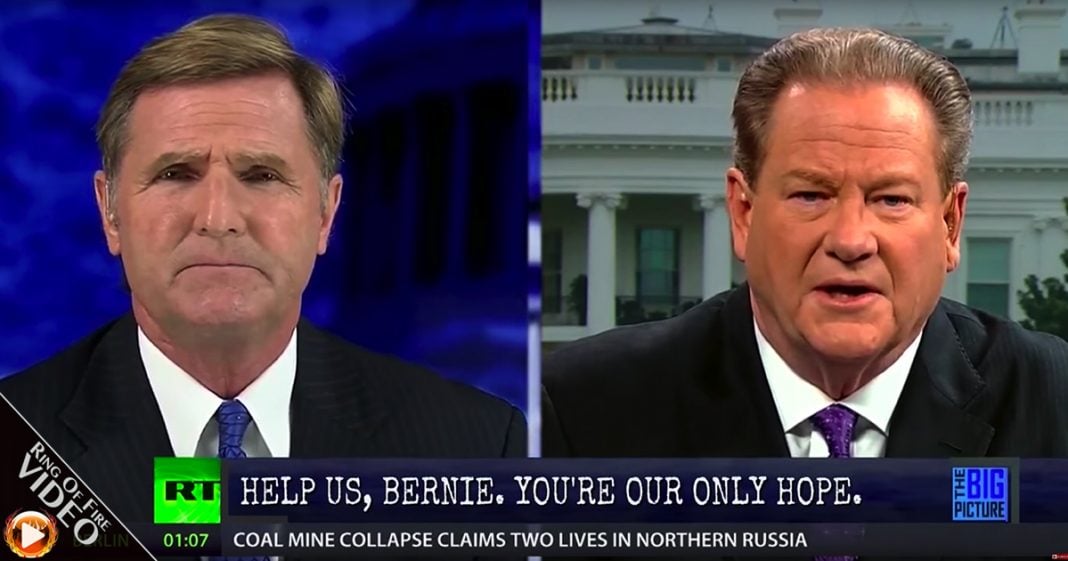 In the wake of Donald Trump’s victory last night, blame is already being thrown around on all sides, but at the end of the day Hillary Clinton’s defeat was in the hands of the DNC. In this clip from February of this year, Mike Papantonio and Ed Schultz discuss the potential nomination of Clinton and her inability to stand for the Democratic party against Trump even from the beginning. It has become clear that the DNC made a mistake in pushing Hillary over Bernie Sanders, and more progressive changes must be made to the party if they have any hope of taking back control in the future.