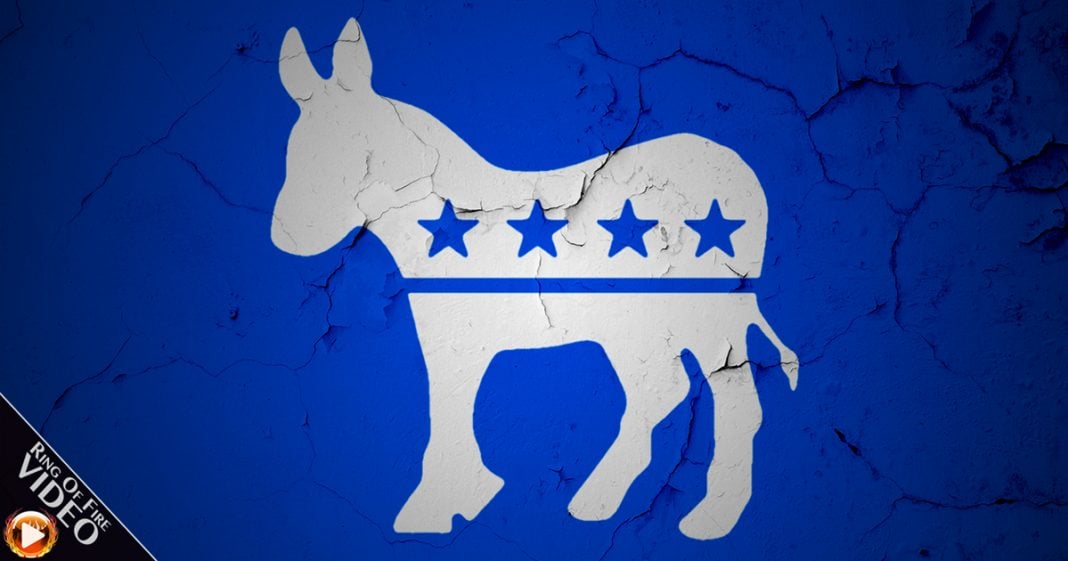 This election proved one thing – corporate Democrats are a losing brand. It’s time to restructure the DNC with true Progressives who know how to win. The Ring of Fire’s Farron Cousins discusses this.

The democrats on election night handed pretty much their asses in just about every way imaginable. They lost the White House to the least popular candidate to ever run for president. The democrats couldn’t beat the least popular guy in history. We didn’t take back the senate. We didn’t take back the house. We really didn’t do anything. How do we fix this moving forward?

The first step for the democratic party once they dry their tears is restructure the DNC. The Democratic National Committee needs to be cleared from the bottom up. If you currently work for the DNC, I want you to be fired. Sorry, but you suck. You have done no good for the democratic party. Think about this, you just lost to the most unpopular presidential candidate in history. You didn’t win the 2014 midterms. You did win the 2012 election, but that was mostly just because people were writing the Obama train was pretty good. You didn’t win the 2010 midterms.

What did you do? You pushed a candidate that was deeply flawed, had more skeletons in her closet than a horror movie, and couldn’t beat, again and I’m going to say this a thousand times, couldn’t beat the least popular candidate in American history. That’s pathetic Democratic National Committee because you are pathetic. Clean house. Time for everybody to go. I know Wasserman Schultz is already gone, but anyone in there who worked for her, with her, around her, near her, close to her, ever saw her, goodbye.

If you want to win elections in the future, it’s time for you to understand what you have to do in order to do that and that is be truly progressive. Don’t be milli-mouthed about things. Don’t say, “Well, maybe Wall Street is okay. They just need a little …” No. You got to take a stand and that is something that Hillary Clinton and the Democratic National Committee failed to do. You wanted to make everybody happy, so now you’ve made nobody happy. Happens all the time. President Obama has done that on a near monthly basis during his presidency and look where that got us.

I’m fed up with the democratic party establishment and it is beyond time for them to go. If we ever want to win another election.