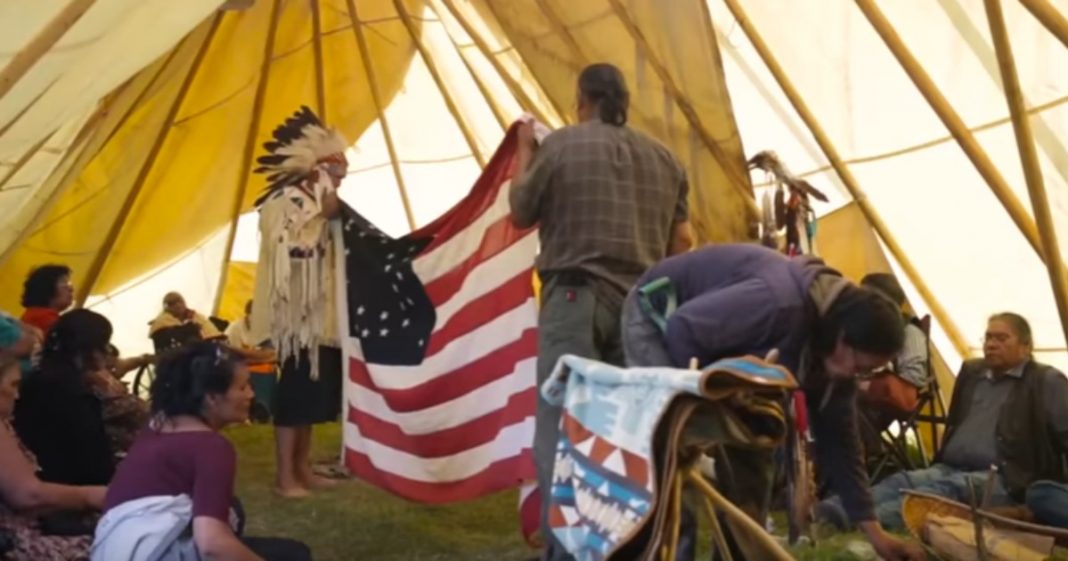 “Where are you? Injustice is here! We’re here!”

With just a few hours left for voters to cast their ballot, it is seeming clearer than ever that Hillary Clinton will be the next president of the United States. While many are pleased with this outcome, many others are unsure what sort of president Clinton is to be, and whether she truly cares about the progressive ideals she has adopted in her platform.

One such progressive hot topic concerns the Dakota Access Pipeline and the ongoing human rights violations being perpetrated against the water protectors there.

So far, Hillary Clinton has offered no support or solutions to the ongoing suffering, and if she becomes president, her relative silence will only sting more.

So the collective voices of the water protectors at Standing Rock are asking – no, demanding – that a President Elect Clinton give them the respect and attention the deserve.

One of the voices, Sean Turgen, says that this latest abuse by police against the protectors is just the recent in a system of abuse.

“This system has never been fair to us, it’s never listened to us. So now’s the time to stop abusing, stop distracting and start listening to us. Start treating us with respect on our own land.”

Another woman simply asks, “Give us a seat at the table.”

Will Hillary Clinton take a more resolute stance on the protests once she is elected? Will President Obama demand the cease of violence against peaceful protesters? We doubt, but we can hope.