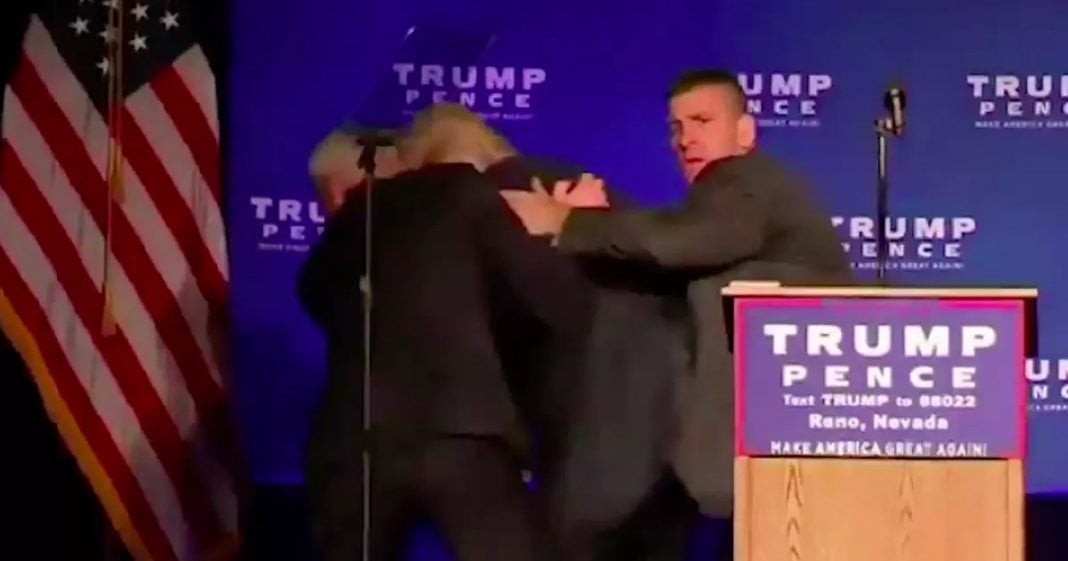 In this Majority Report clip, a Guardian reporter interviews Austyn Crites, the man who was briefly held by law enforcement at a Trump rally after he held a sign in protest and was viciously attacked by a crowd of people, leading security to rush Trump away, as the disturbance was near the stage. In this video, Crites gives a detailed account of what actually happened.