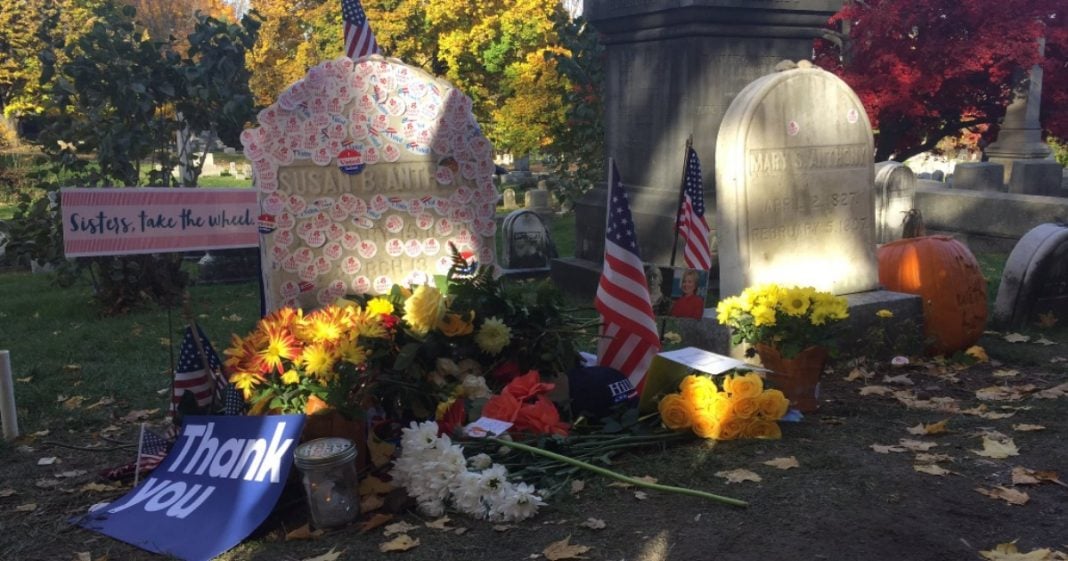 Of course, there is also Jill Stein on the ballot, and there have been other women on the presidential ballot in the past, but nothing compares to how close Clinton now is to the White House – it’s as simple as that.

To honor this day, dozens of admirers have lined up at the grave of Susan B. Anthony to pay their respects for the mother of the American suffrage movement.

Anthony fought for decades for women’s and human rights. She was actively involved in the effort to get women the right to vote, as well as advocating for the abolition of slavery. Though she died long before women had won their right to cast a ballot, the groundwork she laid was instrumental in that monumental achievement.

Now, hundreds of men and women are flocking to the place where Anthony is buried next to her sister Mary in Mount Hope Cemetery in Rochester, New York. Her grave stone is covered in “I voted” stickers and people wait in a long line to pay their respects.

So many people have arrived to pay their respects that the cemetery has elected to stay open an additional hour today for people to visit.

As much as the politics matter, this monumental moment has a massive historical implication for women, young and old. Today, they pay tribute to the woman who began it all.

People began lining up outside Mt Hope cemetery in #rochester before 6 am. Want to pay respects to Susan B Anthony #Election2016 pic.twitter.com/FpzsUCu0ea