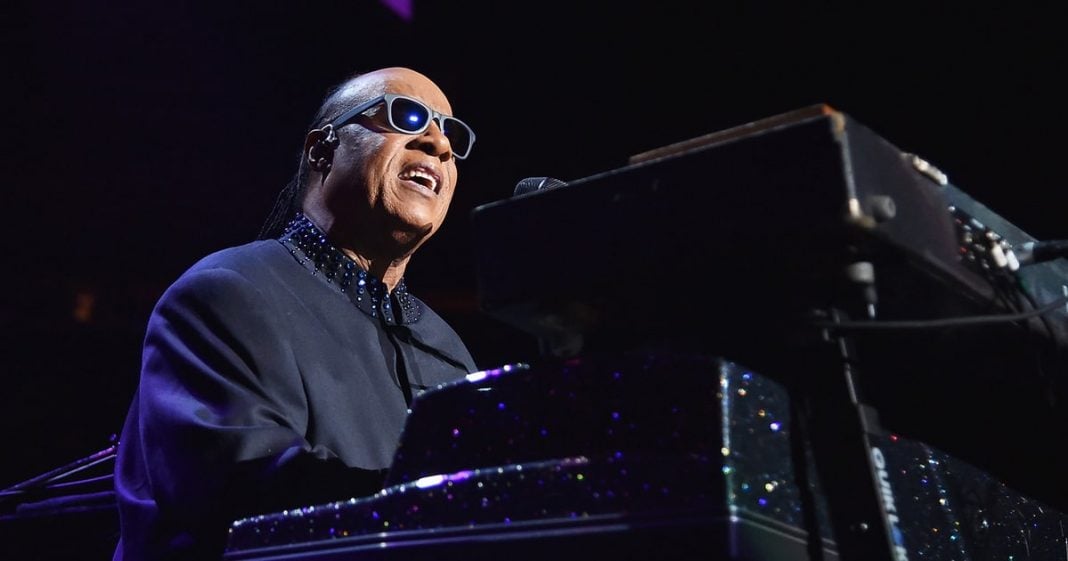 In this all-important election season, a whole host of celebrities from all walks of life have stepped up and made their voice heard. Though we thought we’d heard everything from everyone, we were still shocked (and amused) to hear what Stevie Wonder had to contribute.

The 25-time Grammy award winner participated in a Get Out the Vote concert for Clinton in Philadelphia on Friday when he weighed in on the situation.

“If you had an emergency situation and needed to go to the hospital, and you had to get there right away, would you want me driving your car?”

The reporter replied, “no,” and Wonder followed up by saying, “Because I’m not an experienced driver, right?”

Just like in that situation, Wonder believes voters should place their trust in the experienced politician on the ballot rather than the reality star.

“This is not a reality show. This is life in reality. So I’m with her because I believe in where we are, and where we are going to go. I have always believed that America is great. We’re just going to make it greater.”

Wonder also mentioned the personality of the candidates, saying he believed Clinton was raised to respect people, whereas Trump appears to have missed that lesson.

Wonder’s positive attitude concerning his abilities gives us yet another poignant view of what this election truly is.

You can read more about Wonder’s remarks at The Huffington Post.