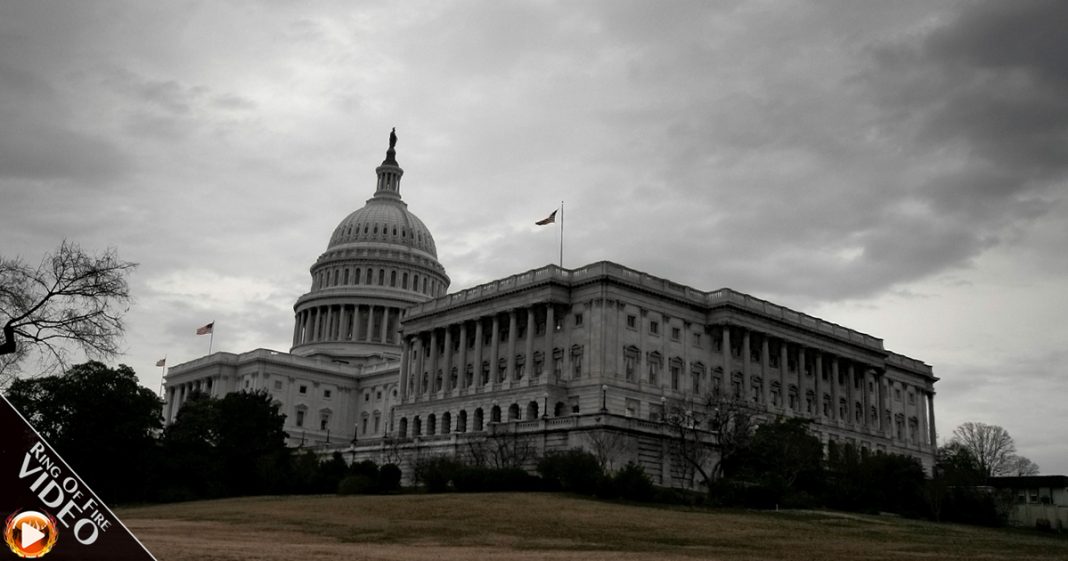 There are no fewer than 6 Senate races across the US today where a climate change denier is facing off against someone who understands science. These races could determine whether or not we get meaningful climate change action in the next few years. The Ring of Fire’s Farron Cousins discusses this.

If you want to know what’s really at stake in today’s election, look at the environment, because that is the number one issue for those who actually pay attention to what happens in our democracy. Foreign policy is a biggie, the economy is a biggie, but neither of those are bigger than the environment. Donald Trump, this past weekend, promised that if he wins the presidency he is going to cut $100 billion from Obama Administration’s climate programs in the next eight years to pay for other things. Screw the environment, not invest in renewable energy, and just use that money in other places. That’s not even the worst part. What’s at stake today, in addition to the White House, is the Senate. Right now, today, there are eight Senate races with a climate change denier facing off against an individual who understands that scientists are a little bit more knowledgeable about this issue than Republicans.

Florida, Indiana, Missouri, Nevada, Pennsylvania, Wisconsin, New Hampshire, North Carolina, all eight of those states have a climate-change-denying Republican facing off against a science-educated Democrat. We only need five seats to go Democratic to flip the Senate, and that should be easy considering that their top-of-the-ticket nominee is Donald Trump. Really it does come down to the environment, because that is the biggest issue of this election even though neither candidate’s really talked about it. That’s sad. That’s pathetic. That’s insulting to democracy here. I don’t trust Hillary Clinton on the environment much more than I do Donald Trump, at least she accepts climate change is a fact. She won’t do anything about it, but at least she understands it. If we can flip this Senate, and get people in there that understand that scientists aren’t trying to screw with us, then we could get some meaningful action.

The same goes for the House of Representatives. Now, I know the Republicans have gerrymandered the hell out of this country, and it’s highly unlikely that we can take that back, but that doesn’t mean it’s impossible. We could. Right now, a majority of the Republicans serving in Washington, D.C., a majority of them, both House and Senate, do not believe that climate change is real. We are the only country in the world, only industrialized country in the world, that has those kind of numbers. It is amazing. You want to make America great again? How about we only elect people that understand that the climate is burning down, and that we’ve wasted too much time to take action. That’s how you make America great again.