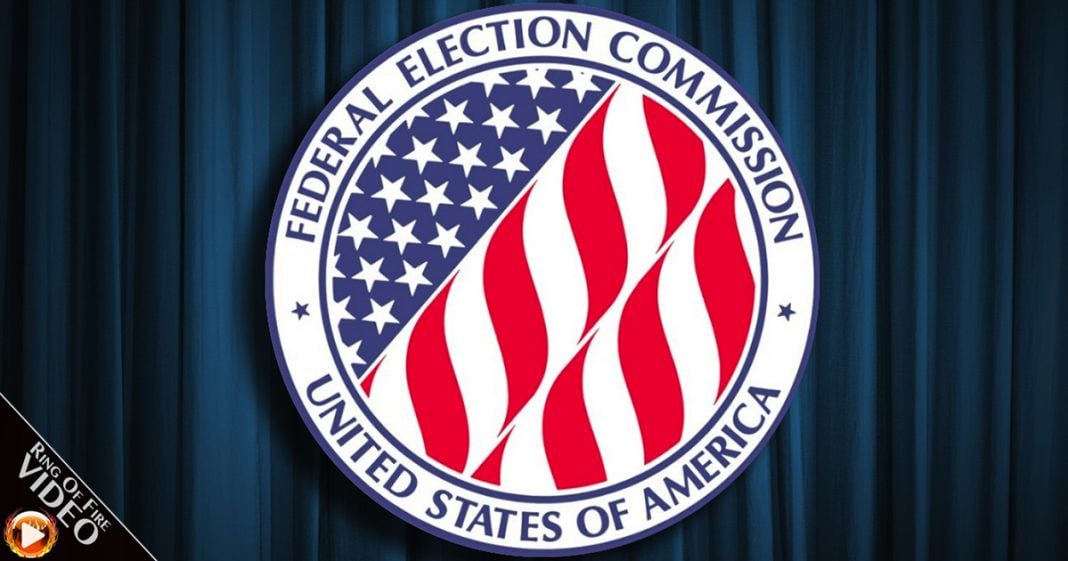 A bipartisan group of lawmakers have decided to sue the FEC for allowing Super PAC spending to grow out of control. According to their argument, since most Super PACs are fueled by only a few individuals, this violates the FECs rules on individual donations. The Ring of Fire’s Farron Cousins discusses this.

Campaign finance law in the United States is basically a patchwork of confusing, misleading, and easily avoidable limitations. Citizens United from 2010 did a way with a lot those things and allowed people, essentially, to give unlimited money to Super PACs and to candidates. However, here’s the part that actually doesn’t get mentioned. It is still a law on the books by the FEC that no individual can contribute more than $5,000 to a political campaign. That is still a law. A bi-partisan group, Republicans and Democrats, a bi-partisan group of lawmakers have filed a lawsuit against the FEC, saying that the way that Super PACs are set up and the way that they are funded and how they spend their money, even though Citizens United says it’s okay, a previous ruling in a case called Speech Now, actually negates that unlimited giving to Super PACs. It imposes the $500,000 limit.

If Hillary Clinton wins the election today, we’re going to get not a conservative on the Supreme Court. I can’t say we’re going to get a liberal. At best, we’re probably going to get a moderate. If this case that these lawmakers, again, Republicans and Democrats are part of this, if we can get that to go to the new Supreme Court with a moderate liberal majority, we could see some real change in campaign finance laws in the United States. Hillary Clinton would also obviously have the ability to issue some kind of presidential Executive Order. If the Democrats retake the Senate, they could introduce new legislation that would limit this. Both of those pretty much have a 1% to 0% chance of actually happening, because Democrats love that corporate money just as much as Republicans do. This lawsuit under a new Supreme Court, could very well reshape campaign finance laws in America. To be honest, that’s the best thing that we can hope for at this point.

Donald Trump won’t do it if he’s elected. Hillary won’t do it if she’s elected. A Democratic majority in the Senate and even in the House won’t do it. That Supreme Court, the United States court system that so few people pay attention to, could change the face of elections in America, get the Super PACs out, enforce that limit, and make people like the Koch brothers and Sheldon Adelson, once again, politically impotent.