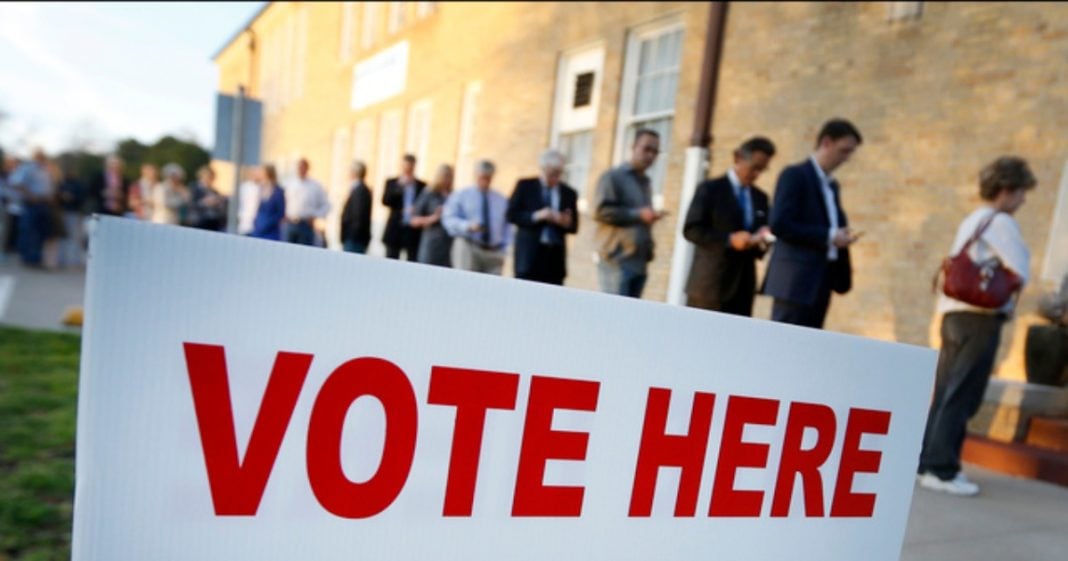 Over the weekend, the turnout for early voting reached a fever pitch, with many people all over the nation reporting long lines and multi-hour waits to place their ballot. These individuals were trying to cast their vote early for many different reasons, but what they found was that it was just as inconvenient – if not more – to do the responsible thing and vote early.

When Clark County in Nevada had thousands still in line by their deadline on Friday evening, the location elected to extend its hours and thousands more were able to cast their vote.

For their accommodation, Donald Trump called the action “rigged” and complained about the “Democratic poll” accusing them of “bussing in voters.”

In Cincinnati on Sunday, for the final day of early voting, eager participants in Democracy found their enthusiasm stifled when they were forced to wait outside in a 1/2 mile-long. As many as 4,000 voters waited in line two days before the election.

Voters in locations all over the nation faced similar obstructions, and there were certainly casualties to this suppression: Were the voters who saw the long lines and elected not to wait going to return Tuesday? Will they have the time and resources to try again, wait in possibly even longer lines?

Democracy shouldn’t be this hard. It should be easier than breathing to cast a ballot, and thanks to repeated Republican obstructionism, it only gets harder.

You can read more about the difficulties early voters faced this weekend from Vox.