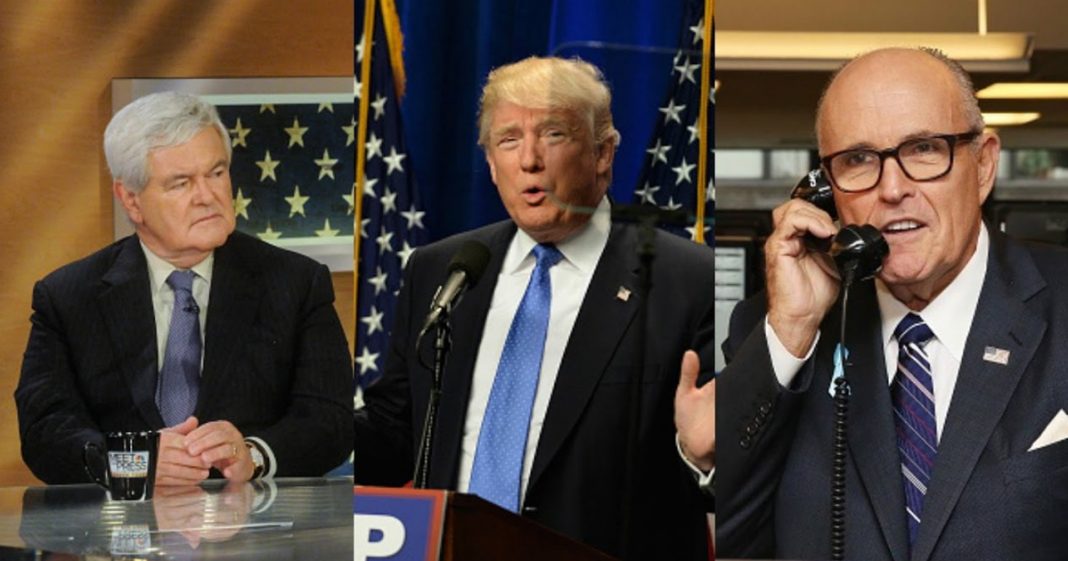 In less than 48 hours, this nation will have likely elected its new president. And though the polls are leaning heavily in Clinton’s favor, there is still a daunting chance that Trump may pull it out and win this thing.

If Trump does emerge victorious, besides ushering in the apocalypse, he will be bringing onboard some of the most despicable and yes, even deplorable, cabinet members to help rule over the crumbling nation.

So even if you think Donald Trump isn’t really so bad, you will hopefully agree that the likes of Rudy Giuliani, Newt Gingrich, Chris Christie, and others coming anywhere near the White House is about as bad as it gets.

According to NBC news, these are the named being floated for key cabinet positions like Secretary of State and Attorney General. The same men who slurred incomprehensible hate and defended Trump despite everything might soon hold the most powerful positions in the nation.

While the idea of Gingrich or Giuliani helping to run the government is terrifying, what is possible more horror-inducing is the idea that Trump might appoint his own reporter-assaulting former staffer Corey Lewandowski as RNC chair.

What have any of these men done to deserve these positions? Besides offering undying support of Trump, absolutely nothing. With these hypothetical choices, it is clear that loyalty is the only characteristic that matters in a Trump administration.

This really is utter insanity. If Trump loses and disappears tomorrow in a cloud of dust, all will be well, but if this is the future of America? God help us all.