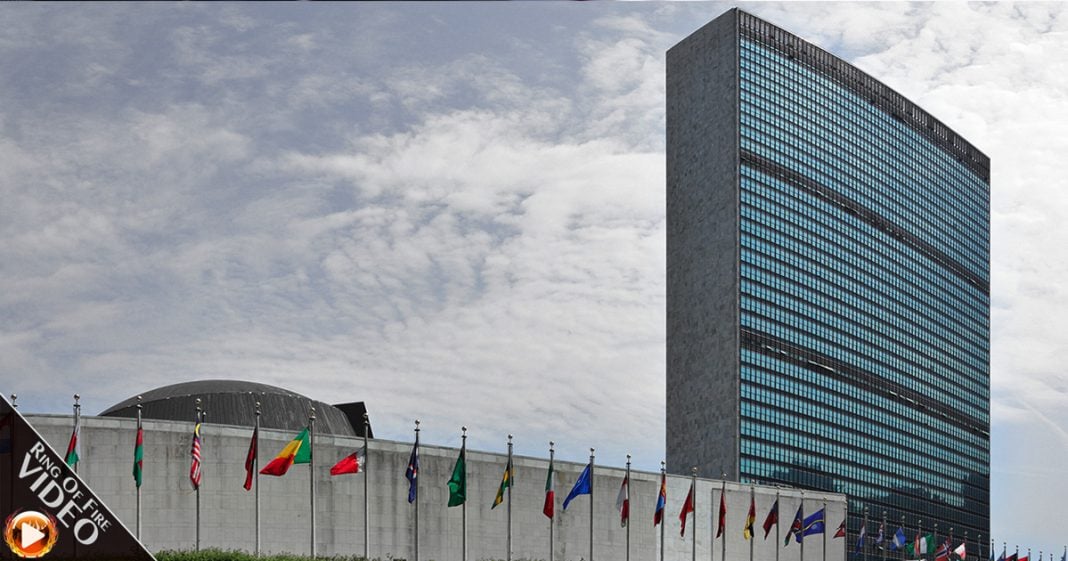 The Paris Climate Accord has gone into effect, but a UN climate change panel warns that it is likely already too late to prevent a global temperature increase of 3 degrees Celsius. The years of foot-dragging have led us down an irreversible path. The Ring of Fire’s Farron Cousins discusses this.

The United Nations Environment Program has some very unpleasant news, I guess you’d call it, with regards to the Paris Climate Agreement, which is going to go into full effect within the next few days here. The United Nations is telling us that, guess what? These agreements we made in Paris really aren’t going to do anything to stop a globe-wide temperature increase. In fact, the Paris Climate Accord set a target of maximum warming at 2 degrees Celsius, but UN says that under the agreement, warming would actually go all the way up to 3 degrees Celsius globe wide. Here’s why that is a problem and here is what the UN is telling us along with some of the top climate scientists all over the planet.

We waited too long. We did nothing for so long that now, even with this agreement, everybody all signed onto it, there’s still nothing we can do. We can’t even hit targets that we set 11 months ago because we’ve waited so long. Get this. While the Paris Climate Agreement is a great step forward, none of it is legally binding. If a country who signed onto it doesn’t meet their goal, nothing happens. Oh well, we’ll try again next time, next time we have another one of these meetings, and come out of it patting ourselves on the back because we reached some kind of agreement that we’re also not going to keep. Do you see what I’m getting at here?

A lot of people were really excited about these Paris Climate Accords. I was one of them, but they’re meaningless at this point. The planet is going to warm by 3 degrees Celsius probably by about mid century. Do you know what that means? That means rising sea levels, melting arctic and antarctic sea ice, millions upon millions of people displaced because their homes are now underwater, droughts, floods, famines resulting from both of those things, and millions and millions of migrants looking for a new home.

That breeds catastrophe. Shortage of resources always breeds catastrophe and conflict. It has all throughout human history, and that’s what we’re looking at here. Again, as the best climate scientists have been saying for several months now, we just waited too long. Time was up a long time ago. Now we sit here sipping champagne thinking everything’s great, we got these Paris Accords. They will do nothing. I hate to be the pessimist and rain on everyone’s parade, but that’s what science is telling us. That’s what the brightest minds on the planet are telling us. We simply drug our feet for too long to make a difference.