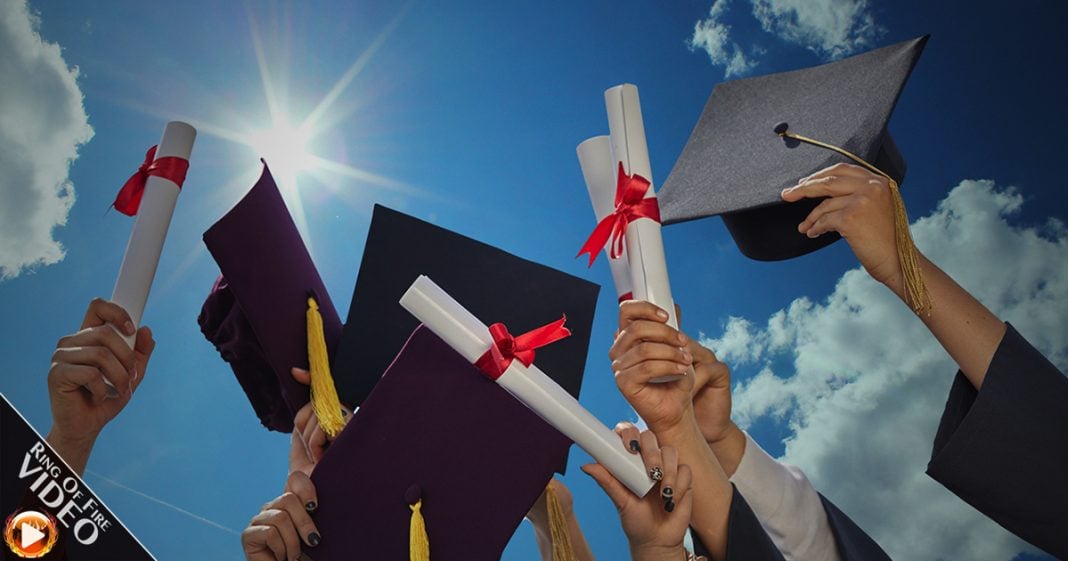 The Progressive Change Campaign Committee has been working with several dozen Democratic lawmakers on an aggressive, progressive agenda for 2017, and they’re starting by tackling the growing problem of student loan debt. The Ring of Fire’s Farron Cousins discusses this.

To everyone who thinks that the progressive movement died out when Bernie Sanders dropped out of the race, I suggest you consider this fact. For many years now, the Progressive Change Campaign Committee, the PCCC, led by founder Adam Green, has been working to push politicians, liberal politicians to be even more progressive. They announced this week that they already have a massive policy proposal that they’re going to help put forward with the help of a couple dozen Democratic lawmakers as soon as the next president is sworn in, which presumably will be Hillary Clinton at this point. That proposal that they have been working on with lawmakers is for debt-free college for American citizens. It’s going to lay out the groundwork to help provide low cost or no cost instate tuition for families earning less than $125,000. It’s going to offer certain tax breaks. It’s going to possibly put a moratorium on current student loan payments so that people can get caught up on regular bills before they have to worry about these massive student loan debts that they’ve acquired just trying to get an education.

The PCCC has been working for years on issues like this. It really bothers me when people say that, “The progressives have no choice. We have no chance. We have no ability to make change.” When we see organizations like the Progressive Change Campaign Committee who are out there working every single day on the issues that people actually care about. Now, Hillary Clinton to her credit did come out in late 2015, August 2015, talking about the fact that, yeah, debt-free college is certainly something that’s on the table. The Progressive Change Campaign Committee, along with these two dozen Democratic lawmakers, are the ones who are putting it on the table. They’re going to put it in front of her and say, “Here you go. Make your move. Make sure it’s the right move.”

Hillary Clinton, I think, does understand that there’s a lot of progressive anger in this country right now. A lot of the people in the Democratic Party who do not support her are withholding that support because she is not progressive enough. If she wants to see a second term, which to be honest already seems unlikely, she’s going to have to go progressive. There is nothing that she can do moderately that will help her win over Republicans for the 2020 election. She’s going to get a lot of Republican support this year. In 2020, and, yes, we’re already having a look down that road, she’s not going to win anymore votes by by going moderate. It’s time for the progressive change that the PCCC is out there pushing everyday, that Bernie Sanders is pushing, that Elizabeth Warren is pushing. That’s what this country needs. For the Democratic Party, if you want to keep winning elections, that’s what you’re going to have to do.