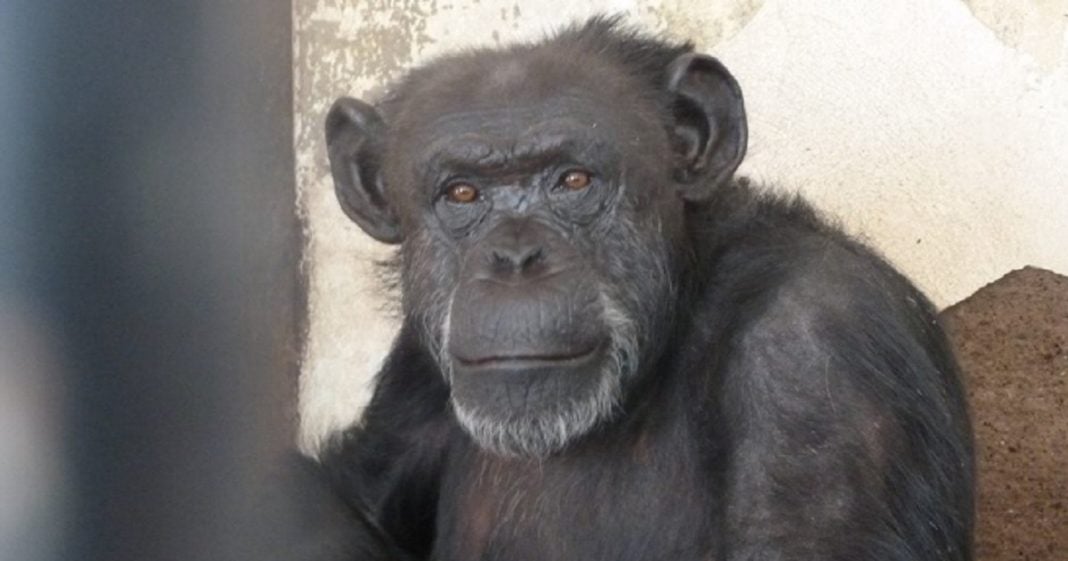 In an historic and landmark decision, a court has ruled that a chimpanzee has basic nonhuman rights and therefore will be removed from inferior solitary housing to be placed among her own kind in a sanctuary.

Cecilia, who has spent years living alone in a concrete enclosure in Argentina, will soon be frolicking with her own kind at a large, lush sanctuary.

Cecilia’s current home is a sad one, with no contact with animals of her own kind.

The Great Ape Project teamed up with the Association of Officials and Lawyers for Animal Rights to win this case, filing for a writ of habeas corpus on the chimp’s behalf. They argued that her confinement without companionship was against the law and was contributing to the deterioration of Cecilia’s health.

As a result, Judge Mauricio agreed that nonhumans have basic rights as well and ruled that the chimp be moved to the Great Ape Project sanctuary in Brazil.

Now that this precedent has been established, we can hope that these established rules be used to save and free animals from other terrible situations.

In places all over the world, intelligent and endangered animals are being kept in unsuitable enclosures without any governmental interference. May Cecilia’s salvation be the salvation of so many others.