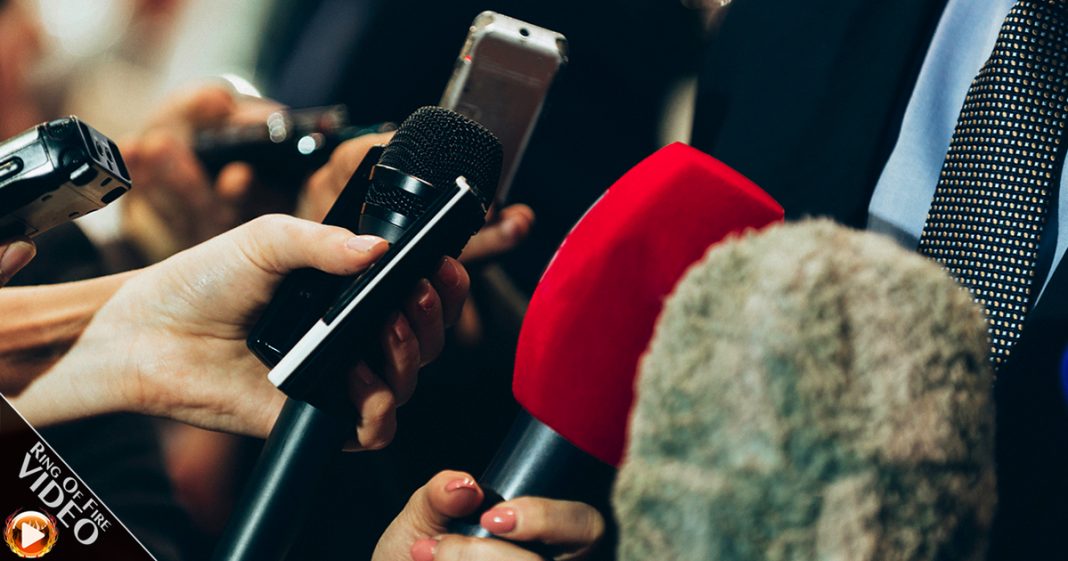 Hillary Clinton’s email fiasco might be stealing the spotlight right now, but that’s no excuse for the corporate media to continue to ignore some of the most serious crimes that Donald Trump has committed during his decades in business. The Ring of Fire’s Farron Cousins discusses this.

If you turn on any corporate media outlet today I can promise you you’re going to see a story about Hillary Clinton’s emails. You’re going to see a story about the FBI interfering in the US elections, blah, blah, blah. Somebody probably did something bad on one of those sides. They’re not quite sure so let’s just talk and talk and talk about it because we don’t understand it. Well, while they’re talking about what Hillary Clinton did or did not do, which laws she may or may not have broken, same thing with the FBI, you know what’s going completely ignored? The entire list of crimes that Donald Trump has committed during his decades as a business leader in the United States.

Now, I’m not trying to downplay anything that Hillary Clinton has done, but you know we’ve discussed that, so let’s talk about what Donald Trump has done. First and foremost later on this month he’s going to be on trial for possibly raping a 13-year-old girl. Where’s all the coverage of that? If Hillary Clinton had been accused of that, if Bernie Sanders had been accused of that, the corporate media would cover nothing but that until after the trial had concluded and probably even after that. Why are we not hearing more about that?

Furthermore, David K. Johnston a Pulitzer Prize winning author has a new book out, The Making of Donald Trump, where he just goes through and lists the plethora of crimes that Donald Trump has been linked to. Let’s go through the list here. He boasted about sexually assaulting women. We all heard that tape. He used illegal immigrants and the mob to help build Trump Tower. He was caught illegally not paying sales tax. Is got evidence of federal income tax fraud. He claimed $916 million in tax losses, but still refused to pay his bills. Trump University was a massive scam. He paid off prosecutors with political donations to avoid charges. We saw that in the State of Florida with Pam Bondi. He used his foundation for illegal expenditures, like buying that painting of Donald Trump and taking that money for renovations for other Trump properties.

Look, this list could go on and on and a lot of these are coming directly from a Pulitzer prize-winning author so I’m more inclined to take his word for it than that of the Donald Trump campaign. The bigger question remains; why isn’t the corporate media talking about any of this? Everything that Hillary Clinton has ever done in her entire life is on trial right now with the media, so why can’t we do the same thing for Donald Trump. I’m not saying this to downplay anything that Hillary Clinton has or has not done. I’m not saying that the coverage of her isn’t fair. I’m saying that the coverage that Donald Trump is not getting is not fair. That’s the problem. If we’re going to talk about the scandals of one candidate, let’s talk about all of them. Let’s bring everybody’s skeletons out of the closet so that the public has a better idea of what happened.

Let’s not forget that during investigations Donald Trump, his employees, his companies have destroyed more emails that were subpoenaed by courts then Hillary Clinton could have ever destroyed. That one big thing he keeps harping on her about, his company’s done even worse than that. On top of the fact that this is a man who has been sued more than 4500 times over the course of his business career. Republicans out there talking about Donald Trump being a great businessman; no. If you’re a great businessman, hell if you’re a decent human being, you don’t get sued 4500 times.

That’s what we’re looking at here. Hillary Clinton, the email thing, yeah she mishandled that and it deserves to be talked about, but so does every single one of these crimes committed by Donald Trump and his companies. They should devote a whole week to talking about these things because most people who get their news strictly from corporate America have no idea that any of this stuff ever happened.