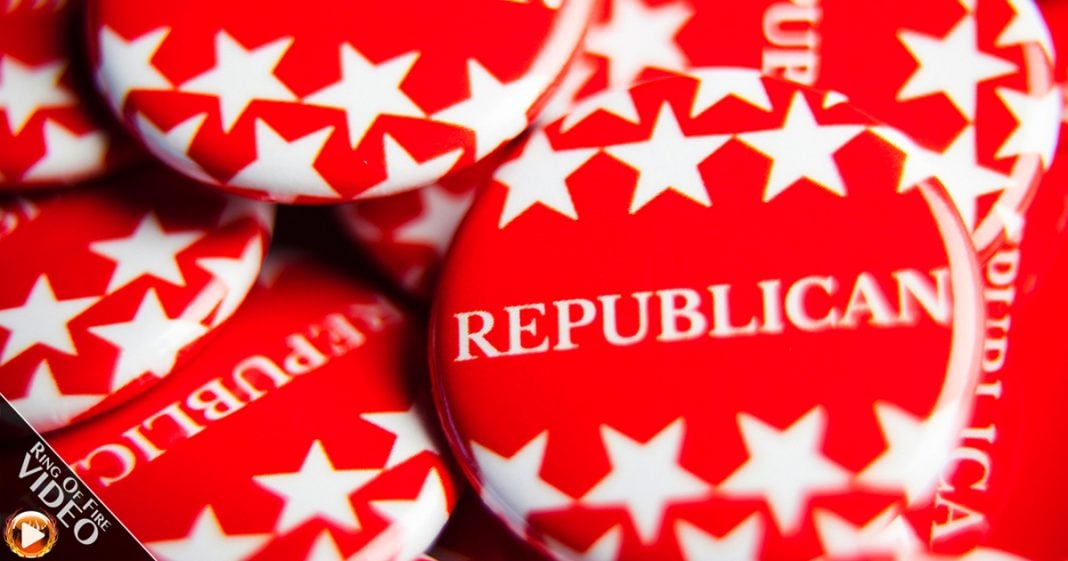 The Washington Post editorial board believes that voters, at least in the future, will remember who supported Donald Trump and will punish them at the voting booth, but history tells us otherwise. The Ring of Fire’s Farron Cousins discusses this.

Recently the Washington Post Editorial Board put out a story saying that history is going to remember those Trump loving Republican politicians. That they stood up for Trump, that they defended Trump, that they thought Trump was their guy. In time they are absolutely going to be punished by American voters. I respectfully disagree 100% with what the Editorial Board of the Washington Post has to say about that.

The reason why I disagree with that, because I understand history. Think about this, George W. Bush won re-election in the United States after millions of people marched against his policies, they still voted for him. Marco Rubio could easily win back his Senate seat in the state of Florida in spite of the fact that he’s pretty much universally hated.

David Duke has a very slim chance of winning a Senate seat in Louisiana but enough of a chance that he’s able to run. Americans are stupid as a whole and when you’re talking about Republicans, my God there is no intelligence to speak of there. Trump got where he is right now in the polls, in this election as the Republican nominee because believe it or not there are a lot of Republicans who support what he has to say.

Yes the people who support Donald Trump or specifically, the people who withdrew their support and then came crawling back, they are cowards but they do understand that hey some people do like this. Maybe I want to ride that wave of horribleness to a higher office one day. No these voters will not punish the people who support Donald Trump and part of that has to do with the fact that the Democratic party, the leadership in the Democratic party is so dysfunctional, because we don’t even have a leader fight now.

They won’t even use that as a campaign talking point 2 years or 4 years from now, they won’t. They’ll forget about it, they’ll move on to the next thing and that’s part of the bigger problem. If we had a Democratic party that understood that a lot of people do hate what Donald Trump says and just hate him in general, they could use that as a campaign talking point. Remind people who supported him and who had the courage to stand up and say hell no. Which at this point really isn’t any of them.

The Democratic party won’t do it. Republican voters will either forget or they’ll say, “Well you know what, he’s better than a Democrat because that’s what they’re doing now. That’s why these people who may hate Donald Trump but I’m still going to vote for him because he’s better than that Hillary woman.” That’s how they justify these things. We’re not talking about rational thinking human beings here. We’re talking about Republicans and they certainly will never punish one of their own for supporting one of their own.