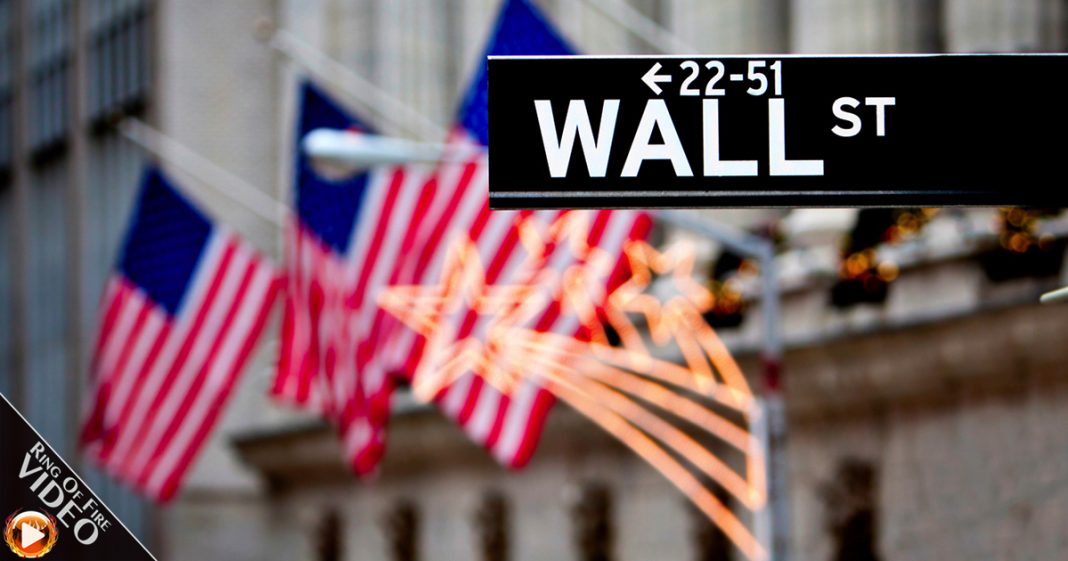 If you were wondering why financial reforms seem to be non-existent in the United States, all you have to do is follow the money. Over $2 million a day is being spent by the big banks to prevent any actions that would bring accountability to Wall Street. The Ring of Fire’s Farron Cousins discusses this.

I don’t think that anybody watching this would disagree with the fact that reason we haven’t seen any real meaningful reforms come out with regards to Wall Street, the same bankers who tanked our economy in 07 and 08, the reason we haven’t seen any kind of reforms, any attempts to really reign them in is because Wall Street owns Washington. We know that. We’ve heard it for years and years and years, but did you know the extent to which Wall Street owns Washington? Do you know how much money they’re spending to prevent meaningful legislation from coming through that would reign in their recklessness?

A new report from Wall Street Money in Washington for the Americans for Financial Reform shows that Wall Street, since the beginning of 2015, has spent $1.4 billion dollars in campaign contributions and lobbying in order to prevent financial regulations from seeing the light of day. That number breaks down to $2.3 million being spent by Wall Street on Washington politicians every single day, $2.3 million dollars a day just to prevent financial reforms so that they can continue to rip off American consumers.

Here’s a question, how much are you ripping off consumers to where spending $1.4 billion is less then the amount that you get ripping us off? That’s the number I want to know now. How much are you screwing us to where you can spend $1.4 billion and not bat an eye and say, “You know what? That expenditure is greater or less then the amount that we get bilking consumers.” We should be concerned here. Everyone watching this, democrat, republican, independent, green libertarian, I don’t care what you are, you should be pissed off right now. There is no other industry on this planet that could spend $2.3 million a day and not bat an eye, not worry about where that money’s going in order to block any kind of regulation on that industry.

It also makes you wonder what are they doing that’s so bad that they have to spend $2.3 million every single day of the year. There is something seriously wrong with Wall Street and the banking industry. To be honest at this point maybe it’s time we rethink the whole stock market. Maybe it’s time we rethink hedge funds and things like that, completely restructure our banking system. What we have in place right now doesn’t work. It only benefits the already wealthy. They don’t care what happens to us. They don’t care if they steal $5 from you or a hundred dollars from you or a thousand dollars from you because they’re going to get away with it. They own almost everyone in Washington DC.

Elizabeth Warren, Bernie Sanders, a few other, are the exception, but everybody else, doesn’t matter if you’re democrat or republican, they really are beholden to Wall Street. They want to get a little bit of that $2.3 million a day payday as often as they can because that’s what fuels their next election and that’s the only thing that matters to the people sitting in Washington DC.

There’s still time to vote these people out ladies and gentlemen, and I hope that you take that opportunity that you are given this coming Tuesday to get rid of the people who are not listening to you but listening to the wealthy bankers on Wall Street about what to do every day when they go to work.