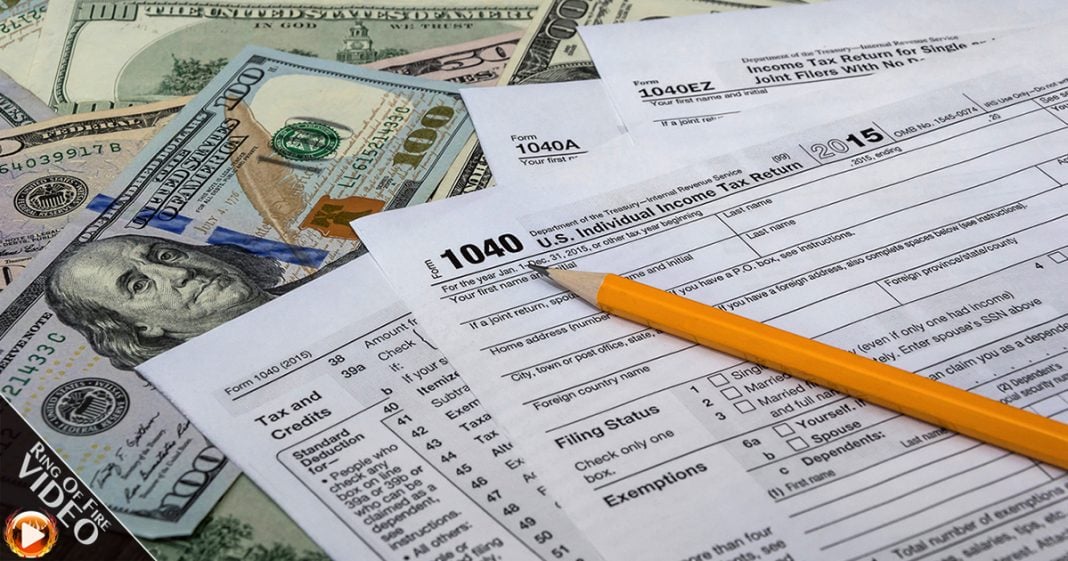 Republicans like to say that if we raise taxes on job creators, then they’ll stop creating jobs. But a 2013 tax hike from the Obama administration on the top earners in this country proved the exact opposite: It helped the economy and the already-wealthy didn’t suffer one bit. The Ring of Fire’s Farron Cousins discusses this.

A new study from the University of California, Berkeley proves that guess what republicans, your big talking point about tax hikes hurting the rich, yeah, it’s completely untrue. In 2013, President Obama allowed the Bush tax cuts to expire. Now, he should have done that in 2009, but the democrats didn’t fight for it so it didn’t happen. Nonetheless, 2013, those tax cuts expired. Taxes on the top 1% increased by 4.6%.

Did you know what happened as a result? Absolutely nothing. In terms of what happened to the 1%, the overall economy actually got more money. The value, the net worth of the top 1% did not fall 1 bit and in fact, even though they were paying higher taxes, they still saw their incomes and worth increase at the same as it did when they were paying lower taxes with the Bush tax cuts. Raising taxes on the wealthy did not impact the wealthy and it did not harm the economy.

Meanwhile, the big republican talking point is always been, “We have to cut taxes on the job creator or else they’re just going to stop creating jobs.” Right? That’s what Donald Trump is saying. That’s what his plan does and we have seen time and time again that that trickled down theory does not work. There is no universe in which trickled down economics actually works. It does not create more wealth for the bottom 99%. It just allows rich people to keep more money. It happened in the 80s, it happened in the 2000s. Please don’t let it happen again. Please do not go out there and vote for a republican that says. “We need to cut taxes on the wealthy.” How does that affect any of us?

Look, I seriously doubt that 99% of the country believes that helping wealthy people is going to help them. You can’t believe that. The science, the statistics, the numbers say that it does not work that way, but when their taxes go up, we all benefit. Those taxes are used for things like roads, and bridges, schools, police departments, fire departments. All of those things that we pretty much need to survive in the United States are dependent on tax dollars.

If you enjoy security, if you enjoy sending your kids to school and having them actually get an education, if you like driving on paved roads, then to hell with the wealthy. Let them pay a couple percentage points more. We know it doesn’t hurt them. They’re still going to make even more money, but the fact is, we have to do something about the infrastructure and we can’t do that without those tax dollars. We have to do something about the school systems, but we can’t do it without those tax dollars.