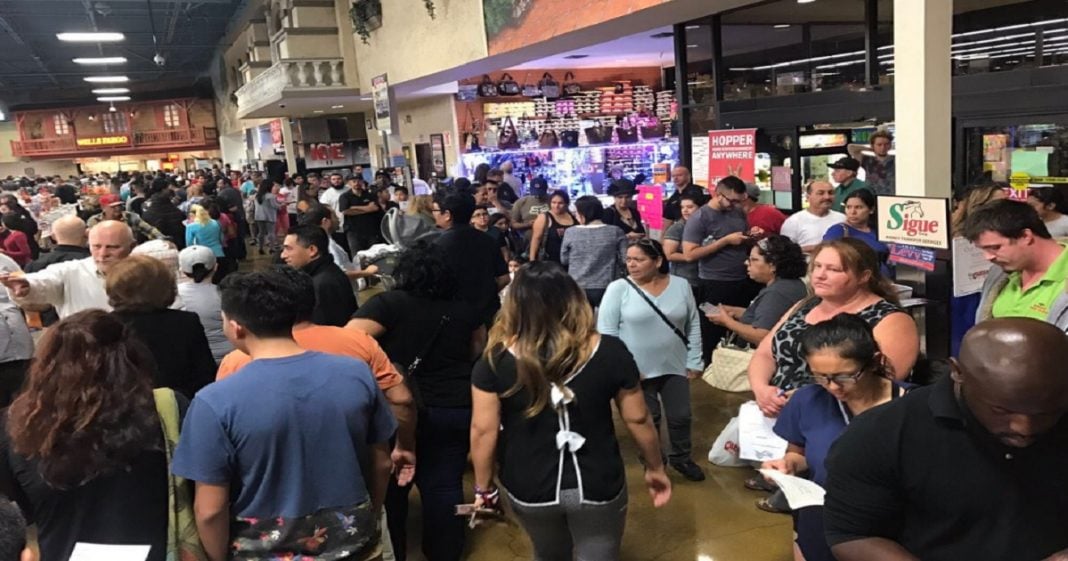 In Nevada on Friday evening, a majority Hispanic Clark county broke voting records when more than 57,000 people cast their ballot on the final early voting day in the state.

In order to accommodate the long lines, the deadline was extended to 10 p.m. in the county, and thousands of voters waited to cast their ballot.

They just extended voting hours at a Mexican supermarket to 10 PM. Close to 1,000 voters in line. If you have a panic button GOP, find it.

Though the record itself is staggering for the county, the most attention is being paid to the early voting location at Cardenas Market which had thousands of voters waiting in line for up to two hours to cast their vote. To show support, poll workers were sent pizza and burritos by followers on the internet who were excited about the massive outpouring of Democracy at the store.

Early polling seems to have not taken into account the sheer volume of motivated Hispanic voters in key states like Nevada and Florida.

Though we will all be relieved to see the backside of Trump’s trumped-up ‘do, the biggest story of this election will be a powerful new voting block that refuses to tolerate being called “rapists.”