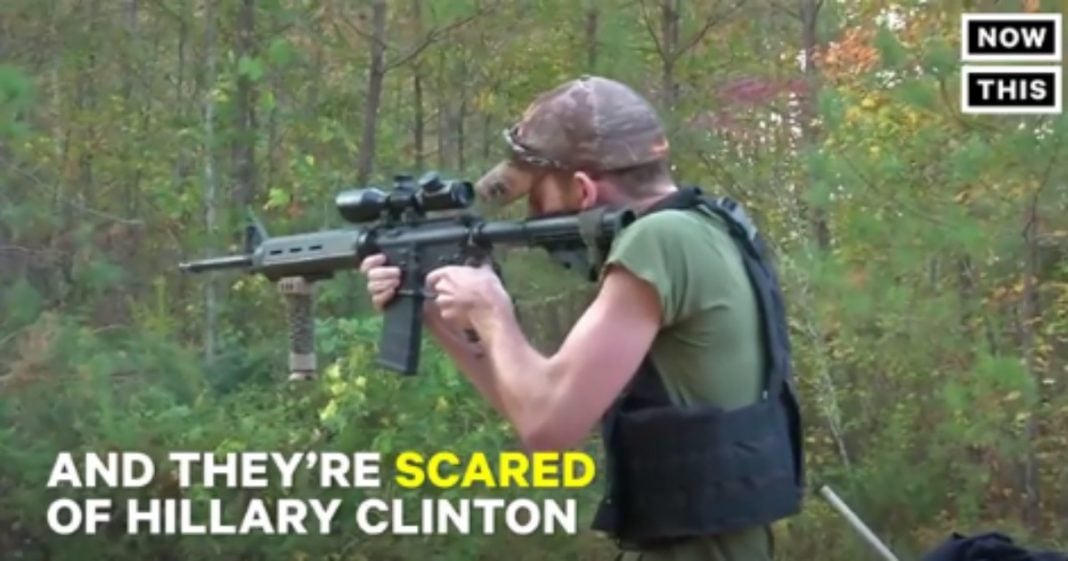 A group of extremist wanna-be G.I. Joes have assembled their homemade militia for a new practice: getting ready for the eventuality of a Hillary Clinton presidency.

“The Three Percent Security Force” says that they are ready to respond to anything that is to come with a Clinton presidency, including further restrictions on firearms, nuclear war with Russia, and more ludicrous ideas.

As learned in the Mother Jones investigation in which investigative reporter Shane Bauer went undercover with the Three Percent forces, the name refers to the belief by the group that it only takes three percent of a nation to overthrow its government.

“[S]ymbolizing their foundational belief that just 3 percent of American colonists were responsible for overthrowing the British in the Revolutionary War, and that it will take 3 percent of today’s Americans to bring about the “restoration of the Founders’ Republic.”

The men are running drills, gathering supplies, and practicing their sharpshooting in case Clinton wins next Tuesday. What they expect to do from there isn’t clear, but it’s certainly not promising.

Just weeks ago, a group of three white men were arrested in connection with a planned terrorist attack on a apartment building and Mosque. Though that plot was thwarted, who knows what else these white supremacist extremists are willing to do?

Of course, these groups exist with or without Trump, but his rhetoric has only emboldened them to act out in the open.