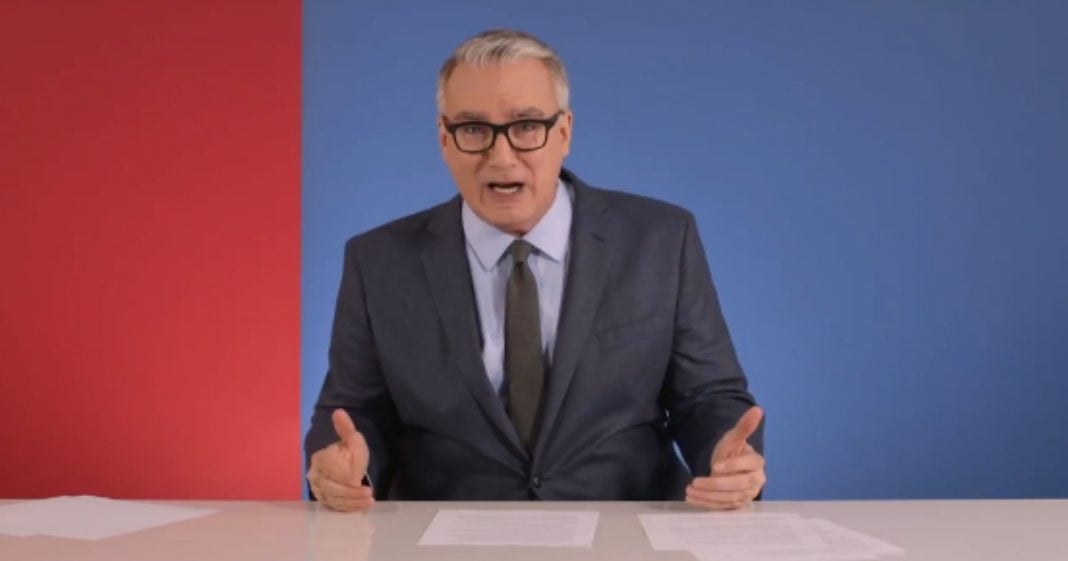 Ever the source for a progressive pep talk when the cards are down and it seems that Trump actually has a fair shot at the presidency, Keith Olbermann has come to our rescue.

The silver-tongued pundit released a new video online in his partnership with GQ, and in it, he tells anti-Trump voters not to be afraid of what will come on Tuesday, but rather to get fired up and angry.

In the video, Olbermann calls for the immediate firing of the FBI’s entire New York office for attempting to interfere with and meddle in a national election. He noted that two days before Comey made his announcement, Rudy Giuliani bragged that Trump had groundbreaking information up his sleeve, just waiting to be revealed.

Olbermann says that Trump and the people who surround him are fascists, no doubt, but they are also morons – and we can beat morons.

“To paraphrase one of the great speeches of all time, all I know is that first, you’ve got to get mad. You gotta say ‘I’m an American citizen, and goddamnit, my Democracy has value!’ But when you get mad this weekend, get mad with gusto, and vigor, and confidence instead of depression or anxiety or panic.”

Do as the man says – don’t be afraid, be furious.

Yes, Trump is a fascist. And now the FBI. But we can beat them because they’re GODDAMNED MORON FASCISTS! pic.twitter.com/tELbvc7Wyi