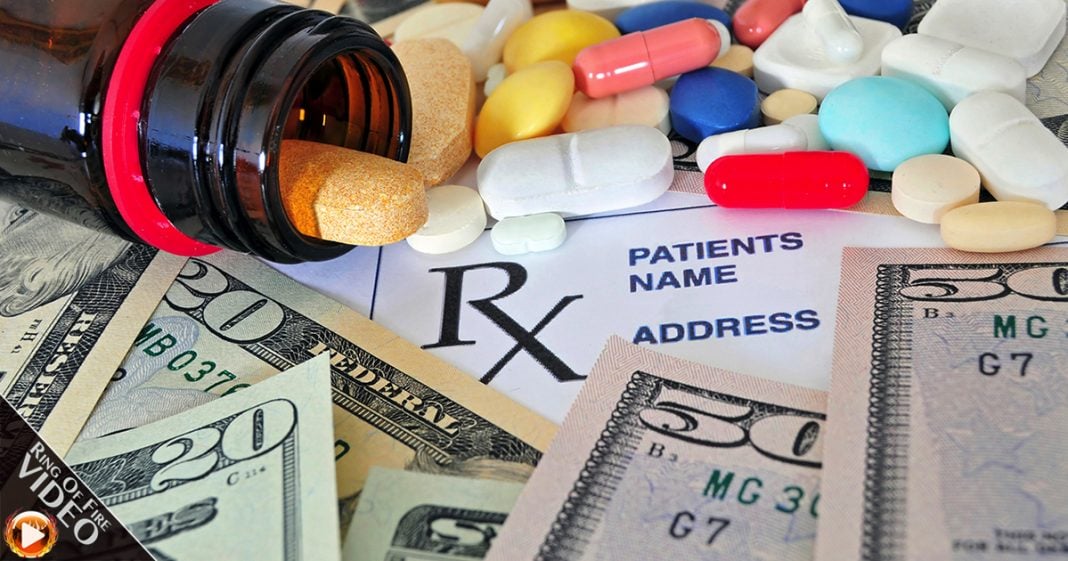 Senator Bernie Sanders & Representative Elijah Cummings are tired of seeing American consumers ripped off by the major drug companies, and they are demanding answers on why prices are suddenly skyrocketing. This comes on the heels of a DOJ investigation into possible collusion between pharma companies to gouge consumers. The Ring of Fire’s Farron Cousins discusses this.

While most politicians are out there worried about reelections, worried about the Presidential election, obsessing over EML’s and FBI investigations and claims of sexual assault there’s actually a couple people in Washington D.C. that are still doing their jobs. Those people include Senators Bernie Sanders and Representative Elijah Cummings both of whom have signed onto a letter to the anti-trust department at the Department of Justice to ask them to investigate possible price fixing collusion between some of the country’s largest drug companies.

What’s drawn their attention to this is recently makers of insulin, even generic forms of insulin have hiked the price dozens and dozens of percent on this life saving medication for diabetics. Well, Bernie Sanders and Elijah Cummings decided to do a little bit more research into this and they found out that when the price of one drug increases it seems that several others also go up at the exact same time. They’ve put together some charts that show, look, every time one drug goes up all these other ones rise as well showing that there is probable cause that there is collusion between drug companies to systematically raise prices and screw consumers.

What’s really great about this story in general is the fact that these two men are still up there fighting for consumers. While everybody else is so consumed with campaigning and all that nonsense that goes along with it, fundraising BS, these guys are still working trying to protect us. That’s important to me. It should be important to anyone watching this right now. Drug companies are ripping us off left and right. Americans on average pay a higher price for prescription medication than any other industrialized country on this planet. Tens of thousands of percent higher on some medications. There is no reason for it.

As I have said a thousand times in the past, most of the research and development done by drug companies is funded by the federal government, by taxpayers. What they’re trying to do with these massive price hikes is make back all the money that they have to spend marketing these medications. Again, United States, one of only two countries that allow direct to consumer advertising. Yeah, their costs went up when we allowed that but only because they get to advertise now. They want that money back and then some, that’s why we pay higher prices. If people like Bernie Sanders and Elijah Cummings have their way they’re going to put a stop to this.

They’re requesting that the Department of Justice look into this and if necessary let’s break out the handcuffs. Let’s send Pharma Bro and his little allies to prison for trying to screw American consumers and breaking anti-trust laws. I guarantee you they see one guy walking down the street in handcuffs being shoved into a cop car they’ll all fall in line.