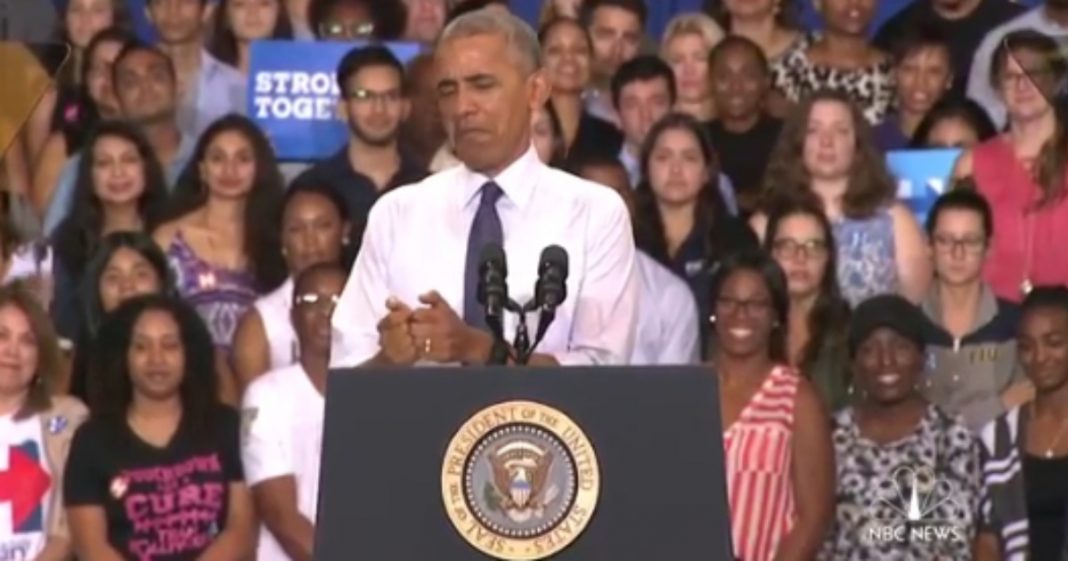 President Obama can see the finish line of his two-term presidency, and it is so sweet. It’s clear that both he and Vice President Joe Biden have entered into a more carefree phase of their elected position, and feel they can be a bit more free and a bit less formal in these final days before they are formally replaced.

Of course, President Obama still belongs to us until January of 2017, but that doesn’t stop him from having a bit of fun at Republican nominee Donald Trump’s expense.

Speaking against the candidate at a Hillary Clinton rally, Obama calls on voters to honor his legacy by keeping Trump out of the White House. But next to his serious appeal is some even more serious mockery of the Republican candidate.

At one point, the POTUS mimes sending out an angry tweet, saying incredulously, “really?”

“This is a guy who, like, tweets ‘They should cancel Saturday Night Live. I don’t like how Alex Baldwin’s imitatin’ me.’ Really? I mean, that’s the thing that bothers you, and you want to be president of the United States? Come on, man!”

.@POTUS mocks Trump’s SNL complaint: “That’s the thing that bothers you—and you want to be president? Come on, man.” https://t.co/PwwLXhImlb