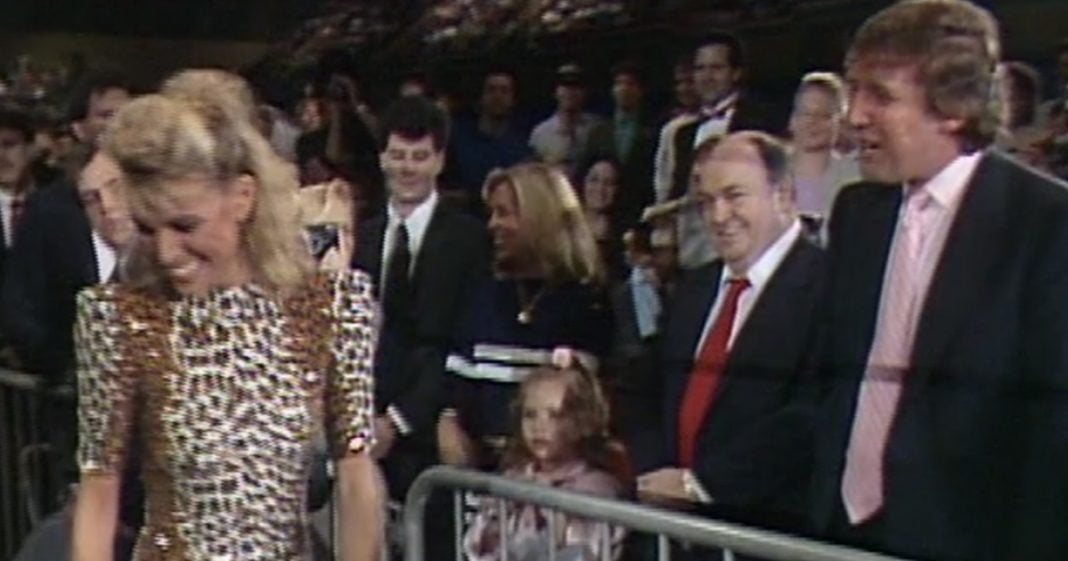 In this Majority Report clip, a video has surfaced of Donald Trump attending a Wrestlemania event with Robert LiButti, a mob figure connected to John Gotti. Trump has claimed not to know LiButti, although it has repeatedly been reported that Trump was connected to LiButti in the 1980s. LiButti reportedly threatened to castrate Trump and, unrelatedly, was banned at some point from Atlantic City casinos for his mob connections.