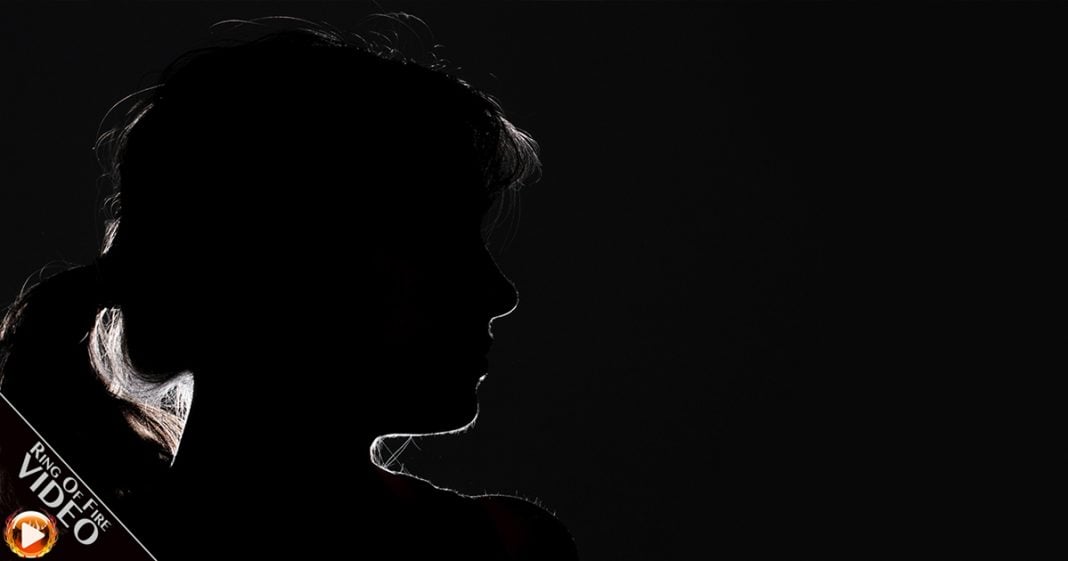 The woman accusing Donald Trump of raping her at the age of 13 in 1994 was set to speak to the public for the first time, but decided to back out after a string of death threats from Trump supporters came flying in. Donald Trump will appear in court on December 16th to confront these allegations. The Ring of Fire’s Farron Cousins discusses this.

On December 16, Donald Trump is set to appear in front of a Judge to face the accusations that in 1994 he raped a thirteen year old girl at a party thrown by known pedophile and rapist, Jeffrey Epstein. Here’s the thing. The media is not talking about this story. Pretty massive, but according to Ryan Grim at Huffington Post, “There’s a reason why the media is a little hesitant to jump all over this.” The main one is because the woman who is accusing Donald Trump of rape is choosing to remain anonymous, and that for her own safety, is probably a good thing. She was set to do a press conference, come out to the public, until Trump supporters started sending in the death threats against this woman, who was allegedly violated by Donald Trump in 1994.

Reporters are a little scared to talk about it because she’s anonymous. In court papers, she’s listed as Jane Doe. The two witnesses are also remaining anonymous at the moment, so they’re a little hesitant, because they think that people might feel like they don’t know everything, so they’re not reporting on it. Well, let me tell you something. Let me tell you a little bit about how this works. I know journalism is a very tough business, but the law is an even tougher business. Since this case has been filed, that means the court found enough merit with it to warrant at least a few hearings on it.

Now they have a much higher standard than journalists, and if they look at this case and say, “You know what? There’s enough that we can move forward with this,” then that should all be the journalists need. You don’t need to know the woman’s name. It’ll probably come out in court document, unless they remain sealed, but that is irrelevant. The point of the story is that Donald Trump allegedly raped a thirteen year old girl, and even in interviews, Donald Trump has said, “Yeah, I know Jeffrey Epstein. He’s a great guy. Probably one of the few guys that loves women even more than I do.” I mean, this guy is a sick pervert. When you tie in this alleged rape to every other statement he’s made about women, there is not other conclusion, other than he objectifies them. He sees them as objects, sex objects, not as human beings. Hey, if it turns out he did rape this girl, then age doesn’t even factor in for him.

Well, I take that back. They can age out, but for Donald Trump, according to this lawsuit, nothing’s really off limits. All right. This is sick, disgusting behavior that the media needs to talk about, and anyone who is supporting Donald Trump is supporting this kind of behavior. Because even if we find out that these rape allegations were completely false, that still doesn’t excuse all of the other people who have accused him of inappropriate touching, kissing, groping, grabbing. That is not excused and those are still issues that the media needs to be talking about. I mean, we’ve spent countless hours hearing about Hilary Clinton’s emails. Why not devote equal time to what Donald Trump has done to help ruin the lives of women all across this country.