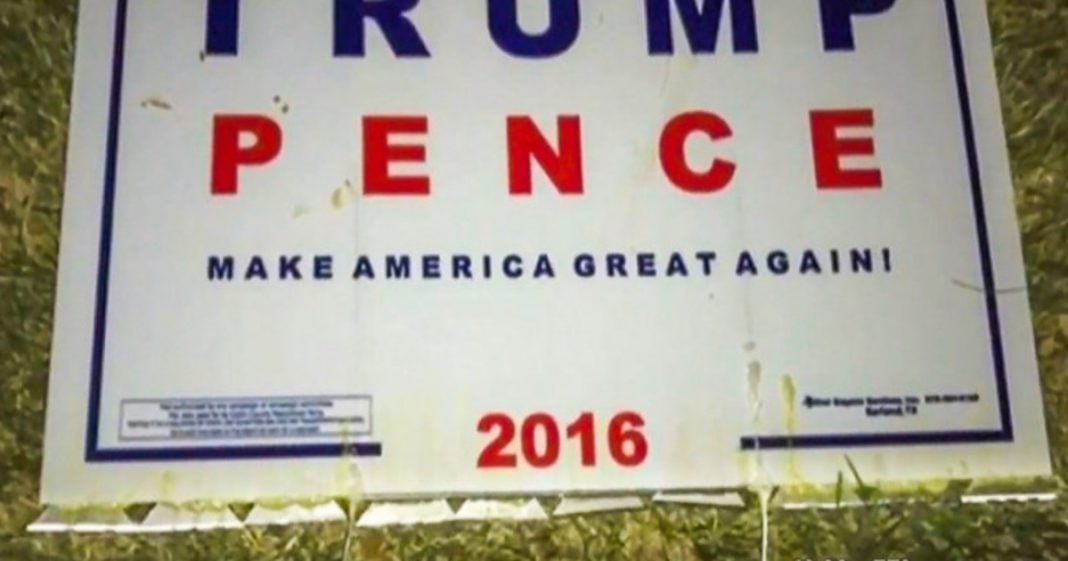 A supporter of Donald Trump had clear criminal intentions when he/she placed a Trump sign inside a polling zone in Plano, Texas earlier this week.

The sign was found zip-tied to an official polling site sign at Collin College. When poll workers arrived at the location, they were required to remove the sign as it violated the campaign-free zone.

Apparently knowing this fact, the individual who placed the sign set up a nasty trap. When a worker attempted to remove the sign to put the polling location in federal compliance, the worker’s hands were cut by several razor blades hidden in the bottom of the sign.

This sick action by a Trump fan against an impartial polling worker is downright deplorable.

Though the blades drew blood and injured the pollster’s fingers, the cuts were not serious.

As a result, the Texas Rangers are now investigating the attack, and all other signs on the campus are being inspected to ensure that no other innocent parties are harmed. 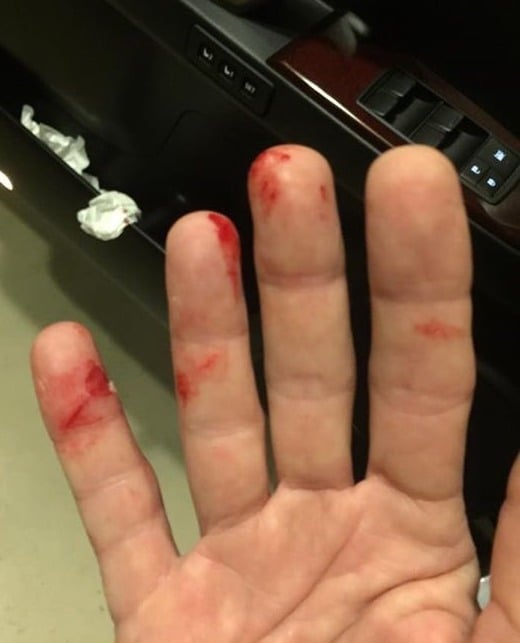